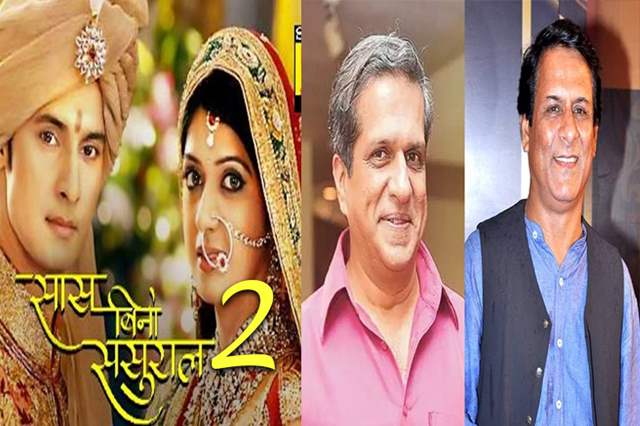 It was only till a week ago where we reported about how Sony TV's popular show from back then, Saas Bina Sasural is now all set to be back with a new season.

We also confirmed that leading lady Aishwarya Sakhuja was approached for the show but no confirmation was done on her part for the return.

Now it certainly seems that the show is rolling in full-speed as two actors from the first season have been confirmed to be a part of this season. Actors Darshan Jariwala and Rajendra Chawla, who played the roles of Cheddilal Chaturvedi and Pashupatinath Chaturvedi respectively have been sealed on to be a part of the new season too.

Jariwala confrimed the same to Bombay Times, wher he said, "Yes, I have been approached for the show. You will have to wait and watch to know if I will reprise the role or not. What piqued my interest about this role is that it’s different. My character is a tech-savvy guy. At his age, he has discovered and taken a penchant for the fun aspect of the world of the internet. His physical age has nothing to do with the way he thinks and outlook towards life."

Interestingly, this new season is being planned to be shot in front of a live audience eventually, to which Jariwala said, “The format of the show has also appealed to me. We are trying to go back to the quintessential sitcom. Had we not been hit by the pandemic, I would have loved to perform before a live audience. In fact, it is something we will definitely consider, once the fear of coronavirus vanishes. This genre is different — here, you don’t shoot scenes and piece them together at the edit table. Here, it’s more about the raw energy. It’s a brilliant idea, because people are afraid to go back to real theatre. So, we are trying to bring theatre on TV.”