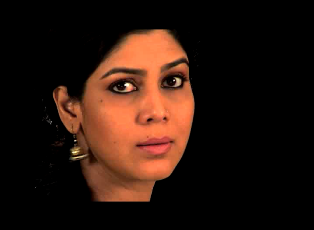 Is it a crime to be born a girl? This question occupied everyone's mind when the heinous crime in a moving bus in Delhi shook the nation. The Delhi gang rape in December 2012 raised a zillion questions on just not the safety of women in our country but also the laws that governed perpetrators.

Crime Patrol the popular crime show on Sony Entertainment Television depicted the agony, the pain, the torment of the rape victim for the very first time on Indian Television. And once again, Crime Patrol will narrate the horrific story of that ruthless act on the small screen.

SET in an endeavor to tell and depict the case from a women's point of view has roped in none other than television's most prominent female personality, Sakshi Tanwar, who will present the episode.

After almost a year and a half, post modifying rape laws in our country, it's sad but the situation of women remains the same! On browsing online, be it Maharashtra or Gujarat; Delhi or Kolkata; a village or town, one gathers that crimes against women are still pertaining. Are silent protests, candle light marches enough? The answer is No'. Crime Patrol has taken a step yet again, to ensure that people do not forget that they need to raise their voice for crime against women constantly till such time that this is completely wiped out from our society. A day should come when every girl feels safe and is not scared being on her own.

In this special episode, Saakshi Tanwar expressed her thoughts and said "I have been a part of Crime Patrol earlier and it is such a great feeling to comeback for the most important episode. As a woman, I also feel unsafe like other girls and can empathize and understand her agony and pain. With this special episode we are trying to spread the message across nation for women safety".

Crime Patrol has always been a pioneer in depicting and narrating the cases with different angle and this time also in association with Saakshi Tanwar the show is going to narrate the case from a woman's point of view on Delhi gang rape.

lipshaa 6 years ago Thank you for this... perfect choice...
love you Sakshi tanwar n Anoop soni...

i am scared to watch the epi,(becoz we all know that issue is another hell in this world

that previous epi, for how that was happened

and the upcoming epi,is this case in women's point of view

so i am waiting

RheaSingh 6 years ago haven't they showed an episode on it already? they are showing a new one or the same one ?

luvsaakshi 6 years ago ... Sony has made a perfect choice.saakshiji is d most natural ,sensible n humble actress n human being...she will do That with perfect emotions...

cooks09 9 years ago what a shame that we have to hear all this happening in india... very sad situation... whats wrong with the young models and actresses , they are ready to do anything for publicity... so cheap