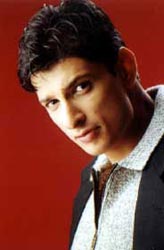 It’s raining cameos in television and Star One’s Dill Mill Gayye is no exception!! After a break from the mundane life of hospital, the interns are back to work and back with their cases…

According to our well-placed source, “There will be an entry of a couple in the hospital and they will play cameo roles”. When inquired further, our source reveals, “Russhad Rana and Ankita Bhargava will play the roles; the lady is expecting a kid and this marks their entry in the hospital. The best part is that the character played by Russhad and Dr. Armaan are shown as best buddies in the show”.

We called up Russhad Rana to know more about his character, but the actor remained tightlipped but confirmed his presence in the show saying, “The cameo will be for approximately four episodes”.

It is surely a welcome change for the viewers as the interns get back to their cases!!

neha28 12 years ago ah damn
i thought russhad wud play part in a love triangle..


but if he's there to inspire AR..gud nuff

desi_angel101 12 years ago yay let's hope these guys are here to knock some sense into armaan n ridz's heads...finally the story is moving

Kim_ 12 years ago how boring when I read the title I thought he'll be playing some cool dude lol...

nimrah 12 years ago Lol. Another patient who is Armaan's frend! :P
Glad to see them getting back to the cases! :D

pinksparkling 12 years ago WOW! this will be intresting.I'm so eager to watch it

-simi- 12 years ago wow... im so excited!! finally a change in the show.... i am enjoying it till now, but i think it needed a few more twists now and the new characters surely raises the excitement! :D

Trisha_dude 12 years ago well said neelam...
guys whos russad!!!??? is he a famous person or something???

Born-star 12 years ago yay i am looking forward to it.
but plz do oncentrate on hospital cases