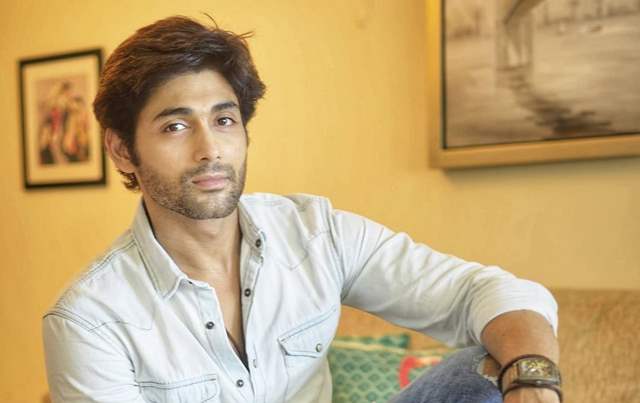 Ruslaan Mumtaz is currently seen in Star Plus famous show 'Yeh Rishtey Hain Pyaar Ke' playing the role of Varun Soni. We at India Forums got into a conversation with the Actor where he opened up about his character, safety precautions, bond with Shaheer Sheikh and much more.

Tell us about your character in the show

I Play Varun Soni in Yeh Rishtey Hain Pyaar Ke. He is getting married into the Rajvansh family because he is going to get married to Abir's younger sister Ketki. Now how I connect to the story and how I take it forward is something that you'll know only if you watch the show. If I say anything more, I'll be revealing too much. Apart from that, I've also realized that Television is such a medium that things keep changing and evolving as the writers are going ahead. The creative team keeps trying to bring changes in the show, in the story telling. So honestly even I don't know exactly what is going to happen to my character. All I know is that I'm going to get married to Abir's sister and that is how I'll join the cast and enter the show. Then the story will unfold.

Shaheer and you are good friends from before, what all fun are you guys doing together on the sets to lighten things up?

11 years back we used to spend a lot of time together. However, in these years we both were so busy in our acting career and personal lives, we grew apart. Now finally we are working together. He has also risen so much. When I first met Shaheer, he was not such a big star but he is still the same. Even today when I meet him, the warmth, the love, the smile is the same. That boy is really blessed and this is why he receives so much love. I am really very happy for him and I am proud of him and I am happy that even after so many years, his warmth towards me is the same. I am really grateful for his friendship.

It feels that moving forward, our friendship will be more better and we both will try to maintain it. Apart from this, we have to maintain social distancing on the set. Things would have been different if there was no pandemic but because of this pandemic we really don't spend too much time together. Sometimes I go to his room, we eat together, sit, chat, talk but it's not as much as it would have been if there was no social distancing rules. But apart from that we are working together, so obviously we are together the whole day. We get so many checks on our health, our temperature all through the day, I genuinely feel that it's safe on the set with your co-actors to not really worry about the social distancing. But if you're always alert, it's better. Things are a little different now, maybe if there was no pandemic, we would be having much more fun on the set.

Were you scared because you have a baby at home and it can be risky?

I mentally decided that because I have a baby at home, I wouldn't be taking up any work in the near future because there was a safety concern at home. But when 'Yeh Rishtey Hain Pyaar Ke' was offered to me, it was too good an opportunity to refuse because obviously Rajan Shahi is one of the biggest producers in the Television industry. Apart from that, I've been trying to work with him on many shows for quite some time but it has never worked out. Finally, this opportunity came to me at such a time when I was a little skeptical but also there is a faith when there is such a big production house involved, they are not going to take any chances with their Actor's health. Because if anyone gets sick then the whole show has to be shut. So I had that much faith and that much trust in the production house. Also, 'Yeh Rishtey Hain Pyaar Ke' is a successful show on Star Plus with a successful producer, so there was really no reason to say no.

I really had to just convince myself that everything is going to be fine and now I've been shooting here for almost a month and as you see, everything is fine. Everything here is so safe that I don't think it's possible for anyone to get infected on the set. There are more chances to even get infected at your own house, because I have a servant, he goes down and buys vegetables, so there is more chances of me getting sick at home compared to here. Here, the rules are so strict like you're tested, you're checked, your temperature and oxygen level, you're sanitised, your bags and everything is sanitised and only then you can enter the set. Apart from that every 3-4 hours, they come and check your temperature and oxygen levels. So here they are following a protocol, there's a lot of discipline whereas in our own homes, we really do not follow that. The safety on set is maybe 10 times more than the safety at home.