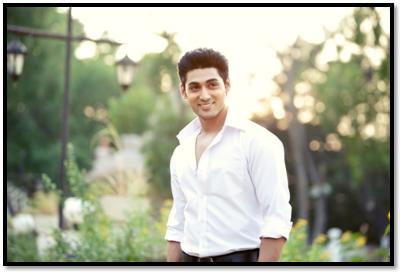 Ruslaan Mumtaz, the chocolate boy of the television industry who has become the household name with Sony Entertainment Television's popular romantic saga Kehta Hai Dil... Jee Le Zara is all set to get engaged again.

The actor who has won millions of hearts with his outstanding performance in his show, Kehta Hai Dil... Jee Le Zara has been seen very engrossed and busy this days. His attention has been shared and has been enthralled. Ruslaan has been seen busy with the engagement preparations and arrangements which are going in full swing. He is all gearing up with for the engagement function. And before you start thinking in too much detail, let me tell you what Ruslaan is planning.

Here is a sneak peak of an upcoming episode of Kehta Hai Dil... Jee Le Zara, Ruslaan Mumtaz aka Dhruv is all geared up to get engaged with Ankita (Hunar Hali). The show will see a major highpoint in the upcoming episodes. The episode will have all the elements required for the heavy-duty drama.

As part of the drama angle, the viewers will see Dilshad (Delnaaz Irani) confronting Saanchi's (Sangeeta Ghosh) truth to Dhruv but to her surprise she would witness Dhruv and Ankita's engagement preparation.

Ruslaan Mumtaz who has recently got engaged to his longtime girlfriend Nirali Mehta is all set to exchange rings again with his costar Ankita in Kehta Hai Dil... Jee Le Zara.

anjubala 6 years ago This track is over... Thank god, now looking forward to SaRuv reuion

kinnika 6 years ago Why do ur writers report news 2 days after it's already happened??

Eksie 6 years ago Thanks for the article but its a tad bit late... Engagement toh khair hui nahin, and awesome that our DV is back!