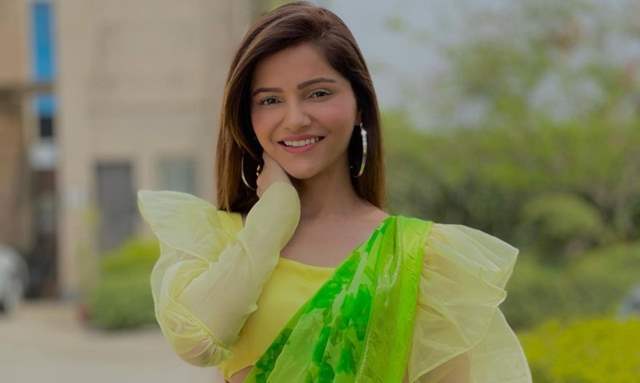 Bigg Boss 14 winner Rubina Dilaik has been keeping her fans entertained both during and post the show. Even after all this time since the show, the actress continues to grab the attention of fans and others from time to time. While she is currently seen in Shakti...Astitva Ke Ehsaas Kii, Rubina tells us that she is looking to go with the flow and live n the present.

We got in touch with the actress and here's what she has to say about Bigg Boss, work, and more.

Tell us about life after Bigg Boss? Do you feel you have come a long way in your journey as an actor?

My life after Bigg Boss has been pretty busy, I would say, and I can absolutely say that I am blessed to be stressed, with the current scenario of COVID going on and the work that has been happening, finding my peace and composure amid the work and being safe. Yes, I see myself as an actor who has covered up quite a bit of a journey, I wouldn't say I am satisfied with where I am, I strive to continue working harder, but nonetheless, I am still in an ongoing journey and I am wanting to learn and explore more.

Was Bigg Boss ever on your checklist? What would you say is next on Rubina's checklist?

Honestly, it was never on my checklist because I thought I am a misfit for the show. I am a person who believes in being present, there is very little or almost no future living thing that I follow. It has been a while that I have following this idea of living in the present and if we live in our present, our absolute evotion, I think the future just rolls in front of us, so I always keep that future aspect to be surprising and eventful as and when it rolls out.

There have been rumours about you joining Naagin franchise, would you ever say yes to it?

I am not doing Naagin, that is for sure.

Have you ever feared being stereotyped as an actor, for being the typical Indian bahu?

I have been stereotyped for very very long, I remember my first show, Choti Bahu, I was stereotyped for a good 6-7 years and it was difficult to break the mould. The shows that I did in that tenure never were that successful and then, Shakti happened, and I could manage to break that mould. Hence, I say Shakti gave my career another chance to break the stereotype and create my own chance to make my own niche on television. For that matter, I am also indebted to the show where I wanted to return to the show at a time when the show needed me more and I took the responsibility and marched forward.

People often call Indian TV regressive, but we have come a long way. What do you think?

I always say, if the shows were or are regressive, then why do we have the audiences who want to see those characters and stories. I don't see it is regression, it is a perspective. Entertainment has a lot of elements and if you want to pick regression and point it on the face, so be it, but for me, it is pure entertainment and we strive our best to keep the audiences entertained.

Films and web shows, are you looking forward to them?

I am looking forward to good work, irrespective of films or web series as I am not picky about it. I want to be a part of stories that remain in the consciousness of our audience for very very long.

Post her stint in Bigg Boss 14, Rubina did two music videos, one with husband Abhinav Shukla, Marjaneya, and the other, Galat, with Paras Chhabra.