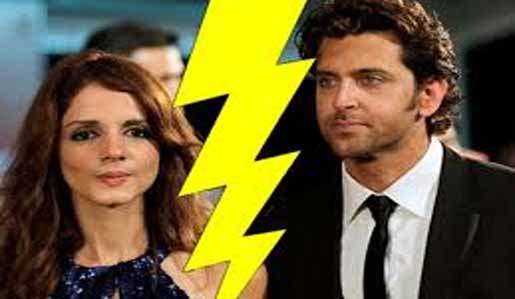 Reacting to rumours that his estranged wife Sussanne Roshan has demanded an alimony of a whopping Rs.400 crore, actor Hrithik Roshan has said it is "fabricated news", which is "testing my patience".

The duo announced their split in December 2013. Hrithik then said that Sussanne decided to annul their marriage and end their 17-year relationship.

They had tied the knot Dec 20, 2000, following a whirlwind romance. They have two sons - Hrehaan and Hridhaan.

In December itself, there was news that their divorce was a Rs.100 crore settlement. However, Sussanne denied the reports, saying "there is no element of truth in the news and it is entirely speculative".