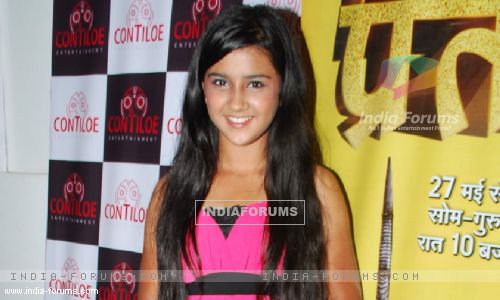 Telly town actors are always inclined towards some cause or the other and Tellybuzz is always at the forefront to bring that to light. Roshni Walia who is well known for her role as Ajab De has shown her support by saying "NO" to Domestic Violence through a page, 'Speak Up And Break The Walls'.
This is a initiative taken by Roshni Walia and her sister Noor Walia. They have also made a short documentary which says no to domestic violence.
Here is Roshni Walia sharing her views about domestic violence, "I think, in our country domestic violence is a big issue which is at times ignored or not given the attention it needs.We focus on the violence happening outside our homes but who will look after the problems which women face being inside the four four walls of their house? Hence, I thought of raising a voice against this,I feel this happens more in India where a women suffers due to male domination."
We appreciate Roshni's efforts to come up with such a strong message.
Phalguni Sharma

+ 4
6 years ago after such a long time a buzzz on my baby from TB..inspiring initiative by Roshni Walilia and her sister...proud of my #babyrosh...

6 years ago Nice that u took up for such a noble cause. Really inspiring video.
Keep up the good work.
And best of luck

6 years ago Good initiative by Roshni Walia and noor..Proud of them..