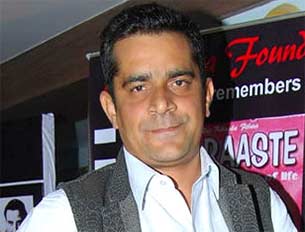 In Subhash Kapoor's "Guddu Rangeela", Ronit Roy plays an out-and-out villain, a man so despicable that he makes Gabbar Singh look like a cartoon character. He says he has to beef up considerbly for the part.

"I'd be a far more powerful villain than the one I played in 'Boss'. He is much larger much more powerful," said Ronit.

In the movie, he plays the head of a Khap panchayat, and there's a lot that needs to be done to perfect the Haryanvi character.

"There is a lot of preparation required since I play a head of the Khap panchayat. I've tried to understand why he behaves the way he does. I like to create a back history even for villainous characters," Ronit said.

"In 'Boss', I built this past history for my character where, as a child, he might have burnt his parents alive because they deprived him of a particular toy.

For "Guddu Rangeela", Ronit is working on his accent and on a beefed-up physique.

Since actor Amit Sadh, who is also a part of the movie, is home-bound with a fractured leg, Ronit has two extra weeks to prepare.

The actor says he's game for a villainous role only when it's something out of the ordinary.

"In Vikramaditya Motwane's 'Udaan', the father seemed like a drunken brute. But he had his own reason for behaving the way he did with his son. He wanted to make something out of his life. Sometimes people who appear overly aggressive are actually trying to do the right thing," says Ronit.