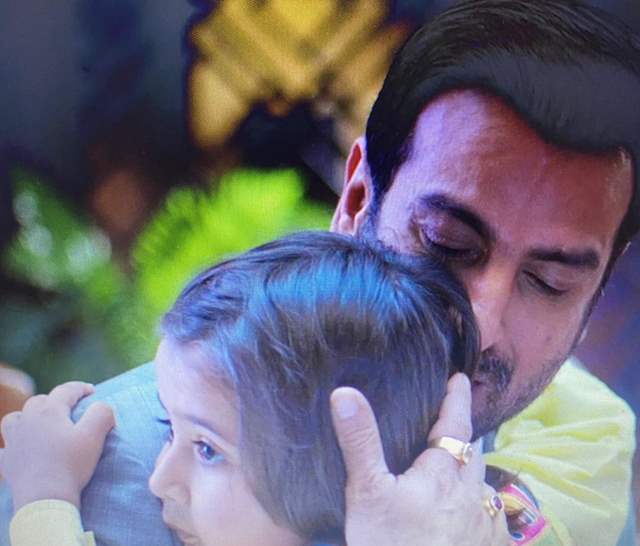 ALTBalaji and ZEE5 recently treated their viewers with the third season of the most-loved show Kehne Ko Humsafar Hain. Starring Ronit Roy (Ronit), Gurdip Punjj (Poonam), Mona Singh (Ananya), and Aditi Vasudev (Amaira) in the lead roles, the family drama has been a rage among the audience. While shooting for the third instalment, the little boy Shaurya (Kabir) who plays Mona Singh's reel son captured everyone’s attention on the sets. So much so, that the entire cast showered their love on him whenever he was around. Looks like the on-screen chemistry of the son and father (Ronit Roy) has rubbed off on the actors off screen too. The little boy shared such a special bond with his on-screen father Ronit Roy, that he ended up calling him Papa. He never let Ronit out of his sight by constantly hugging him.

Speaking about the tight and emotional bond that he shared with Shaurya, Ronit Roy says, “My most special moment was with Shaurya on the sets. Since the first day when we started shooting together, started calling me Papa and has never stopped since then. The first thing he would ask after getting down from his car on the set was ‘Papa aa gaye kya?’. He would just walk on to the set, run to me, jump on me and wouldn’t let me go constantly hugging me. He is a very cute and adorable kid.”

This Independence Day, Dangal TV actors salute our ...
12 minutes ago

Karan Tacker & Saiyami Kher of 'Special Ops' Fame Open Up on ...
40 minutes ago

Shantanu Maheshwari On Bhagat Singh's Efforts Inspired Him ...
42 minutes ago