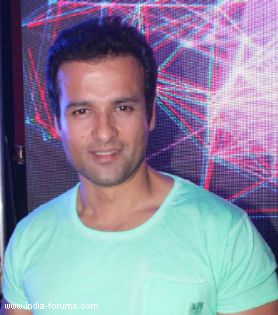 Actor Rohit Roy, who directed a short film "Rice Plate" as part of the 2007 release "Dus Kahaniyaan", is set to adapt author Madhuri Iyer's book "Manhattan Mango" for a film.

Rohit was present at the launch of the book Friday, and he spoke of his plans.

"We are already working on the screenplay adaptation of this book," the 45-year-old said.

"Manhattan Mango" is about three men and their life in and around New York.

"I believe the story of this book is apt to be converted into a film. We are working on that," he added.

Besides that, Rohit is also working on another directorial venture under his banner Magic Works.

Talking about it, he said that it is an urban script that talks about today's youth.

"It is a very urban script. It is a film about today, it is about youth. Of course it has got the usual doses of romance and other such stuff. But it is premature to talk about further details," said the actor, who has been part of many TV shows like "Kkusum", "Milan" and "Sajda Tere Pyaar Mein".