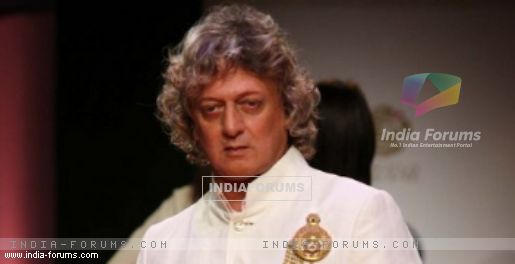 Ace fashion designer Rohit Bal is gearing up to launch a modelling agency for men. He plans to call it Bal's Angels.

Bal, who has been part of the fashion fraternity for over two decades, hopes his new endeavour helps in reducing male models' struggle to find a foothold in the industry.

Talking about his future projects, the designer told IANS: "I am just opening a modelling agency for boys and its called 'Bal's Angels' as there are many agencies for girls."

The 53-year-old Indian designer wants it to be the best modelling agency in the country.

"I have the right people to run the agency for me. I'm not going to be physically available for running it on a day-to-day basis, but I will make sure it will be the best in the country," Bal added.

The designer, who launched his menswear line in 1990 and has since ventured into myriad collaborations in products other than clothes, is known for his signature lotus and peacock motif designs.

Some of his clients include Hollywood stars like Uma Thurman, Cindy Crawford, Pamela Anderson and Naomi Campbell, and he has even dressed the likes of Bollywood megastar Amitabh Bachchan.