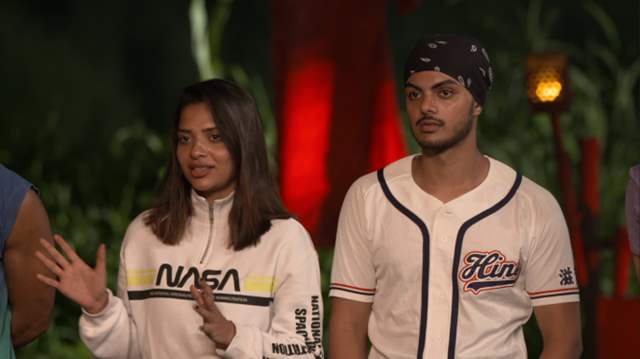 In this year’s journey of Roadies Revolution, if there’s one thing that has remained constant, it is the rivalry between the contestants and the aggression to outdo each other in the game. The wolfpack has been divided into two teams since the start and occasionally locked horns amidst all the drama and manipulations. But as the contestants are getting eliminated, the teams seem to have started losing their pillars. This is evident since the last vote outs, where Kevin, one of the strongest contenders and big support to Team Arushi had to bid adieu to the journey.

This week, we will see a massive tiff between the two rival gangs. Sanjay, Apoorva, and Pratibha were discussing why nobody likes to play in leader Neha’s team. Arushi seems to overhear the conversation and what follows is a series of serious brawl and catfights. Pratibha feels that Arushi is questioning her performance and strength. In order to save her teammate, Apoorva jumps into the conversation.

Watching Arushi agitated, Tarandeep starts to meddle in between, and over time it becomes a huge issue where everyone gets involved and is trying to calm their teammates. Will this tiff upset the leaders? Will there be any ghastly consequences? Will the two teams ever make peace? What will be the final outcome?