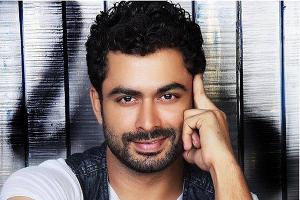 Recently we had witnessed the entry of Tarun Khanna who is seen essaying the role of Zeher Sakaa and the gorgeous Riya Deepsi seen playing the role of Salima. Apart them, the show will see another new entry of a popular RJ turned actor - RJ Dhanveer will be seen portraying the character of King Shalivan in the show.

According to the story track, King Shalivan will play the love interest of Maharana Pratap's sister Maan Kanwar and eventually they will be seen getting married.

Making his debut in acting, Dhanveer shares, "Radio and acting, both are my passions and I am managing both at the same time." Well it would come as a great surprise to see an Radio Jockey come into the field of acting.

6 years ago lo karlo bath one after other addition in MP. welcome all aboard.
but still MP rocks

9 years ago We know that Vidya Balan has short fat legs but that red sari makes her look really fat!
Ditch the sari look...

+ 4
9 years ago Definitely looking forward to seeing her in Melbourne. :D

Next time come to Sydney!