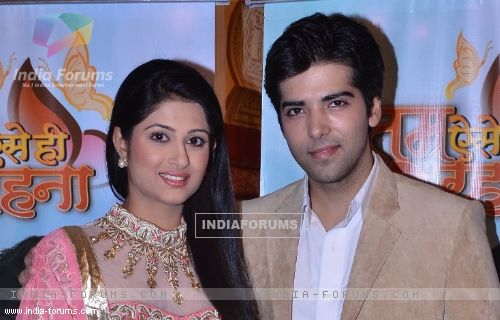 According to the ongoing tracks of the show, we have seen that Abhimanyu and Riya (Shefali Sharma) are in a relationship but Abhimanyu's family is unaware about it. While Abhimanyu's mother (Indira Krishnan) is looking for a suitable girl for him, on the other side, Abhimanyu goes to meet Riya's parents at her home as they are aware of their relationship.

In the forthcoming tracks of the show, the viewers will get to see how troubles knock the doors in the life of Abhimanyu as Riya will come to his house.

We heard that, "Abhimanyu will give a commitment to Riya in the form of a ring in front of her parents. Abhimanyu who haven't told about Riya to his mother yet will now decide to talk to his mother about Riya but he gets surprised to see that his mother has already called the parents of the girl whom she has selected for Abhimanyu."

Further we also heard that, "Interestingly, Riya will come outside Abhimanyu's house with food as he has returned from her house without eating."

Will Abhimanyu and Riya's relationship come out in open in front of Maheshwari family? The upcoming tracks of the show will unfold the answer to the questions...

6 years ago Kinshuk your acting skills are the best. you are king of romance.

+ 3
6 years ago Kinshuk and Shefali...loving your on screen presence a lot!

Love u a lot

U both doing superb

6 years ago Kinshuk n Shefali u both r doing great job in TAHR.

+ 3
6 years ago I loved this entire scene as you tried to really see Rai's --- sorry Ria's love for you and and gulped the food down taking care not to be noticed...

6 years ago You were too cute today KINSHUK ..loved your surprise visit.. poor Abhi

6 years ago Can't wait to see your reaction in this scene Kinshuk, it's gonna be interesting

You and Shefali look good together

6 years ago KINSHUK MAHAJAN n SHEFALI SHARMA u both of u rocking the show.superb liking it alot.