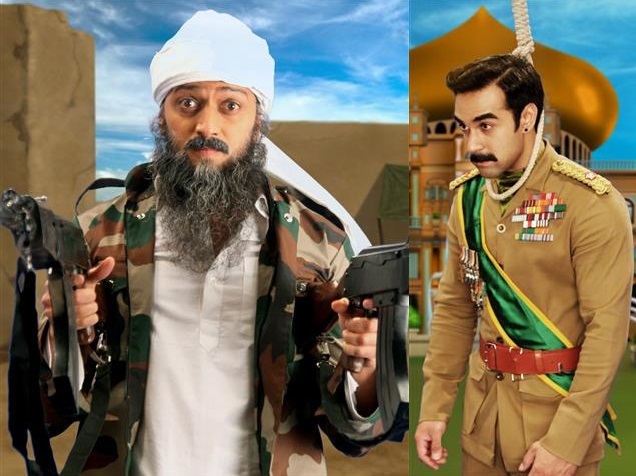 The channel has disguised Riteish and Pulkit as Osama Bin Laden and Saddam Hussein respectively and features them against each other in a rap war to decide who is more dangerous. For the promotions of "Bangistan", this rap is a first-of-its-kind where the stars have not only featured in the video, but also sung the rap, read a statement.

A release date of the video is yet to be announced.

The film, directed by debutant Karan Anshuman, also stars Jacqueline Fernandez and is releasing on July 31.