View Profile
F.A.L.T.U. the movie, which released on April 1st, has had audiences all across the world smile in warmth over the contents of the film. One such is none other than the popular actor who is a part of the movie himself. We, of course, are talking about Riteish Deshmukh.
Riteish plays the role of a college principal, 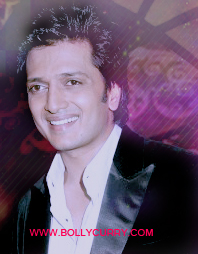 a character poles apart from what we saw of Amitabh Bachchan in Mohabbatein. The actor clarifies that he plays a role of a principal who is more like a friend to his students. He is one of those young principals who believe that studies are important but along with that, students should also be encouraged to participate in other things as well.
When Riteish was asked about how he would feel if someone called him faltu, he replies that before when people used to call him that, he used to feel really bad but after such a film, he'd rather take it as an accomplishment. The definition of word has also now slightly changed for the actor, feeling that faltu now rather means cool and shouldn't really have one meaning, nor does it have to be something bad or useless.
Undoubtedly, many questions have arisen on the title of the movie but Riteish goes on to explain that they had thought about changing the title couple of times but Vashu Bhagnani and Remo D'Souza were determined it was perfect for their flick. One would have to watch the movie to understand the reason behind it.
The movie's release also had a lot of speculations about who would be in and who wouldn't. Rumors had it that F.A.L.T.U. would see big stars like Salman Khan, Akshay Kumar and Kareena Kapoor in cameo roles. However, Jacky Bhagnani cleared the air saying that it would have been great to have such big actors in the movie, but this is just not true. F.A.L.T.U. just stars him along with Riteish Deshmukh, Arshad Warsi, Puja Gupta and Chandan Roy Sanyal. The actor also chipped in that he himself also doesn't feel bad about being called a faltu because he believes a lot of people who are now big stars themselves were at one point called faltu, but look where they stand now. He just hopes the movie receives a lot of success and becomes lucky for him.
Here's wishing all the stars and the movie lots of luck! Be sure to catch F.A.L.T.U. if you haven't already!