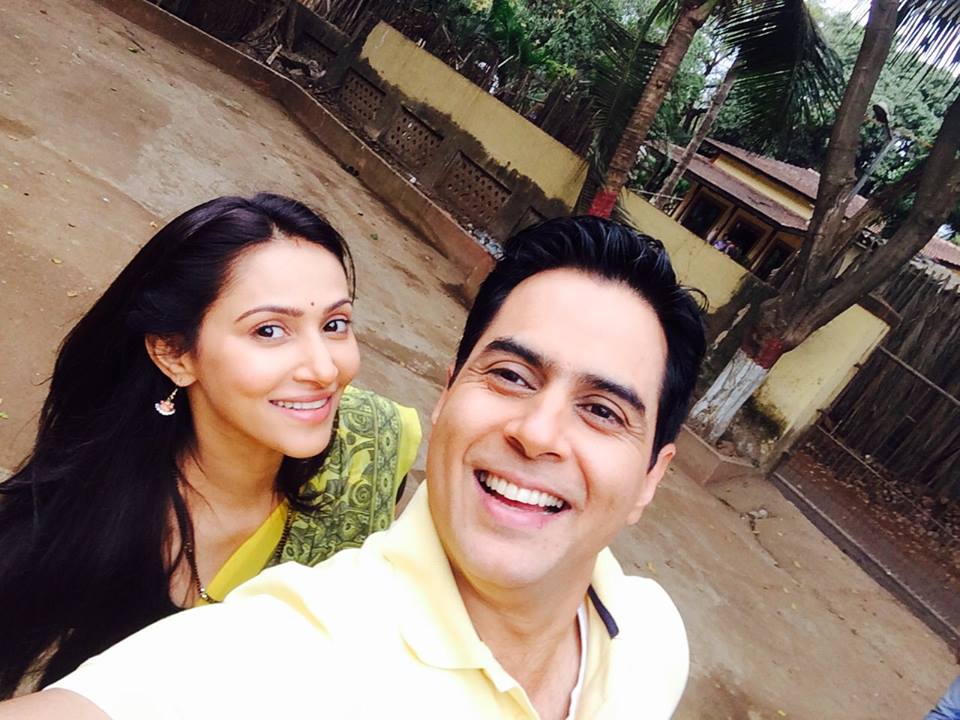 Our source informs us, "Rishina and Aman will be seen playing husband and wife in the upcoming story of Savdhaan India. Alka (Rishina Kandhari) is a strong headed and positive woman who always supports her husband. Her husband Rajendra Mishra (Aman Verma) is a cop who gets transferred to some other place. He is given the charge of solving the land grabbing case but later his life takes a disastrous turn when his wife gets murdered and he himself gets trapped in a MMS Scandal. The story will revolve around his fightback to prove himself innocent."

When contacted Rishina, she said, "It was a great experience working with Aman and he is a fantastic and very co-operative actor. It was a great story and I had fun shooting it. I also learned a lot of things by observing Aman. It was a different character from what I have played earlier. I have got to play different shades in my character. It was a mixture of emotions which was difficult to portray but I think I have done my best. People will enjoy watching it."

Aman says, "It was a very good and a different kind of experience shooting for this episode. For me as an actor, it was quite a big challenge for me to shoot for Savdhaan as its very different from what we get to do in Shapath."

9 years ago I think Aamir & Vidya should work together in a movie. Both are talented actors. A movie with a good storyline & these 2 great actors would surely click with the audiences.

+ 4
9 years ago Dear I-F, first you use a fake poster of Talaash in your news item. Then you make this story about re-shooting even despite director Reema Kagti's clarification about actual reasons of delay and strictly saying there's no re-shooting being done at all!
Also, there is no pregnant woman or terrorism angle in Talaash. Every suspense film has some search involved in it. It doesn't mean all are same! Aamir is in search of a murderer in Talaash, not in search of some missing person or terrorist! Talaash focus group screenings are being held and its shooting is over. Aamir is currently canning his TV show. Please write latest news and use actual stuff than fake posters and rumours.

+ 5
9 years ago Vidya Balan is definitely giving tough competition to all the Khans these days lol ! I'm sure Aamir will add a good twist to his movie Talash to offer sometng hatke :) Finally Bwood is churning out some good movies with good storylines and giving prominence to actors who can act!!

+ 2
9 years ago Hope Talaash releases soon.
Kahaani is an excellent movie. We hope we now get good movies to watch.