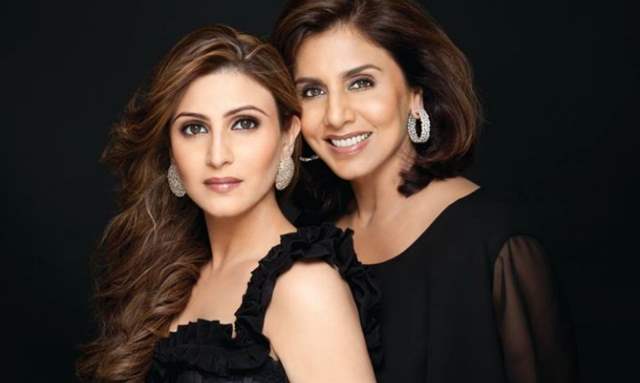 After the sad demise of Rishi Kapoor, the actor’s family is trying to cope up with the big loss. His daughter Riddhima Kapoor Sahni often shares pictures with her dear father in memory of him. Wife Neetu Kapoor also recalls memories in the form of throwback pictures.

The Kapoors have welcomed a new member to their family - a Shih Tzu pup. The family has named their new pup ‘Doodle.’

Sharing a lovely picture with the furball, Neetu wrote on Instagram: “Can’t thank @riddhimakapoorsahniofficial enough for this cute button “Doodle “ also @vardaan_gupta__ for sending.” Riddhima too wrote: “We welcome this cutie Doodle #shitzulove Thank you @vardaan_gupta__ He is absolutely adorable.”

Rishi Kapoor’s son and actor Ranbir Kapoor is a dog lover too and has two pets: Lionel and Nido. Reportedly, Ranbir and Alia are living together during the lockdown and the actress had taken to social media to share a picture of RK’s pets.

Sharing the pictures, Alia had shared: “they make everything better.”

Bollywood veteran actor Rishi Kapoor passed away in April after battling with cancer for two years. After Neetu Kapoor bid adieu to her beloved husband, she had taken to social media to sum up Rishi's two-year-long battle against cancer.

She wrote: “For us, as a family, the last two years have been a long journey There were good days, there were a couple of bad days too.. needless to say it was full of high emotion. But it’s a journey we would not have been been able to complete without the immeasurable love and support of the Ambani family. As we’ve gathered our thoughts over the past few days we’ve also tried to find the words to express the gratitude we feel towards the family for the countless ways in which they have seen us safely through this time. Over the last seven months every member of the family has gone above and beyond in every way possible to care for our beloved Rishi and ensure he experienced as little discomfort as possible.”

It was the same time when actor Irrfan Khan succumbed to cancer. The demise of the two supremely talented actors is a great loss to the industry, their family and friends.

'He has Reunited with his Most Favorite Person': Says Rishi Kapoor's ...

Eisha Singh expresses gratitude to her mother for prepping ...
40 minutes ago