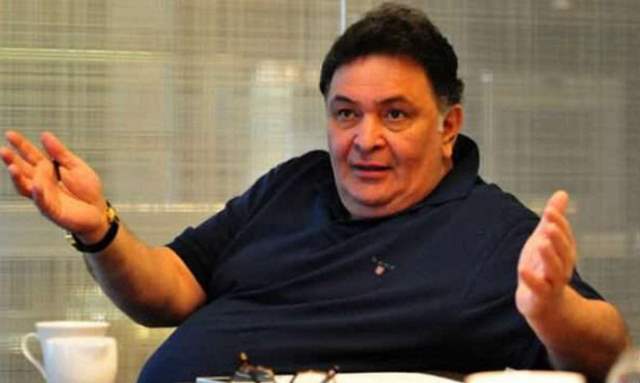 Rishi Kapoor made his debut in his father Raj Kapoor’s 1970 film Mera Naam Joker, for which he won a National Film Award as well. Over a span of 49 years, the superstar has entertained the audience with memorable performances and superhit films.

Rishi was diagnosed with cancer last year, and was in the US for a long time for his treatment. He is now fit and fine and back in action.  He will soon be seen in Jeethu Joseph's The Body with Emraan Hashmi and Sobhita Dhulipala. The trailer of the thriller murder mystery will keep you on the edge of your seat, and fans are already excited about the film’s release.

Also Read: Is Rishi Kapoor as Angry on Set as on Twitter? The Body co-star Emraan Hashmi Reacts

During the promotions of The Body, Rishi was asked about the one piece of advice he would like to give to budding actors. Replying to the same, he stated that actors these days are very invested in building their bodies, and they should focus more on improving their acting skills.

These days, budding actors are more interested in grooming and building their body. They focus on building muscles than emotional exercise, which is important for actors. Build your mind rather than your body when you prepare for acting because if you have the acting skill, you will surely become an actor. If you don't have that, you are replaceable. Look at me, do I have the body? But I am still working, because in every film I try to create a character.

He goes on to cite examples of new-gen actors like his son Ranbir Kapoor, Ranveer Singh, Vicky Kaushal and more and lauds their acting skills stating that skill is more important than muscles.

Also Read: Rishi Kapoor: ‘I was Not a Saleable Star’ on Losing Drishyam to Ajay Devgn

He also gives the example of Amitabh Bachchan as well.

Okay, I maybe old, I do not inspire youngsters. But look at Ayushmann (Khurrana), Rajkummar Rao, Ranveer Singh, Vicky (Kaushal) and -- I'm not taking his name because he is my son -- but Ranbir too is a talented actor! None of them have 'dole-shole' (muscles). Kyunki dole rahne se, kalakar nehi banoge. Bus gym mein paise phukega (Having muscles won't ensure you will be an artist, you'll only waste money in the gym). (Amitabh) Bachchan saab ko dekho (look at Mr Amitabh Bachchan), he did not have muscles. But even today, he is the original angry young man of Hindi cinema!

Meanwhile, The Body will see Rishi Kapoor and Emraan Hashmi collaborate for the first time on screen, and is slated to release on 13 December 2019.

Ranbir Cuddles in Dad Rishi's Arms while Riddhima Strikes a Pose with ...

Rithvik Dhanjani on Dying To Do a Fiction Show Now Amidst ...
13 minutes ago

exclusive
Exclusive "The character is a very honest person who is very faithful ...
28 minutes ago