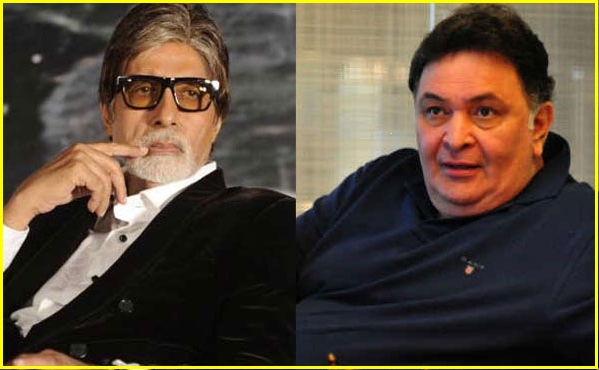 Rishi Kapoor's autobiography really sticks to its title, 'Khullam Khulla: Rishi Kapoor Uncensored' as it has revealed many things about his personal and professional life.

The latest statement from his book about his co-star Amitabh Bachchan has made it's way to the headlines. While criticising one quality of Big B, he writes, "This is something that Amitabh has never ever admitted to. He has never given due credit to actors who worked with him.  He always credited his writers and directors, Salim-Javed, Manmohan Desai, Prakash Mehra, Yash Chopra and Ramesh Sippy. But it is also true that co-stars like Shashi Kapoor, Vinod Khanna, Shatrughan Sinha, Dharmendra and myself contributed to success of his films." (sic)

'Ajooba', 'Amar Akbar Anthony' and 'Coolie' are some of the movies in which Rishi Kapoor and Amitabh Bachchan worked together.