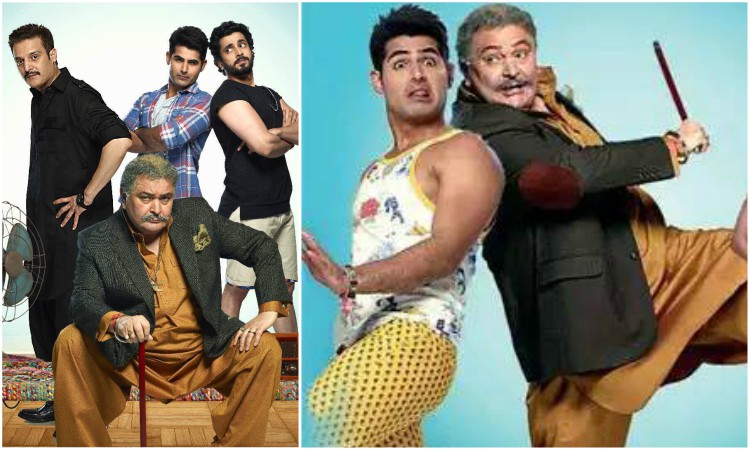 Actor Omkar Kapoor, who will soon be seen sharing screen space with Rishi Kapoor in the upcoming film "Jhoota Kahin Ka", says the veteran star is a spontaneous actor and keeps everyone on their toes as a performer during scenes.

Talking about working with Rishi, Omkar told IANS: "It was amazing to have Rishiji play my father in the film. He is such a phenomenally spontaneous actor that he keeps you on your toes as a performer during the one on one scenes. He was extremely helpful and supportive throughout the shoot in every manner."

The 32-year-old actor said he was like a "kid learning from all the experiences he uses to share with me."

Asked about the film, Omkar said: "It is a madhouse comedy about lies told for good reasons but situations that arise due to them."

He added that "The movie explores a different side of a father-son relationship which you will see me playing in and how I get stuck between my fathers' wishes and the love of my life."

"Jhoota Kahin Ka" re-unites Omkar with Sunny, with whom he starred in "Pyaar Ka Punchnama 2".

"I team up with my buddy Sunny Singh once again in this so it was a breeze to shoot together. Smeep Kang (director) is a master at such stories and has etched out another madcap in this one."