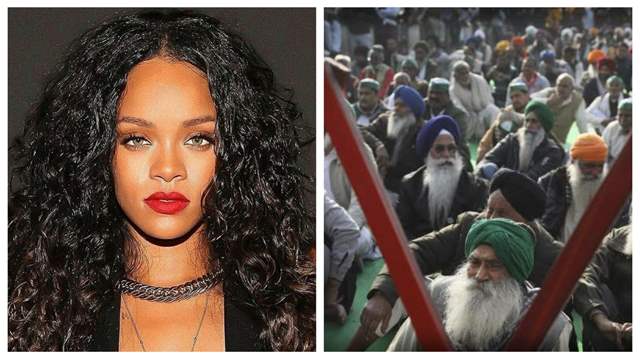 One of the most talked-about issues in recent times has been the farmer's protest, and it has been a rather elongated one too.

Multiple celebrities have come in to support this issue and lately there has been some polarized responses too. However, in an entirely unanticipated instance, global singer Rihanna has weighed in in these protests and backed the ongoing farmers’ protest as she took to Twitter to question the internet ban imposed in Haryana and parts of Delhi by the BJP governments.

Sharing a news report by CNN on India’s farmers’ protest, the singer asked, “Why aren’t we talking about this?!”

The report by CNN was about the government’s decision to cut internet services to the protesting farmers.

This was after the BJP government in Haryana banned internet services in 14 out of 22 districts. The ban was first for 24 hours before the government extended it till 2 February-

Rihanna extending support to farmers assumes significance given her global appeal. She has in excess of 100 million followers on Twitter alone.