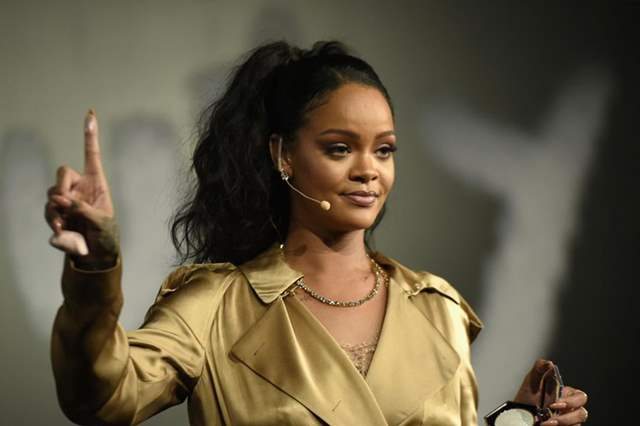 Singer and actor Rihanna is usually never into any mix of major controversies, especially when it comes to race. But, in a rather unanticipated instance, Rihanna did find herself at the receiving end of things where she has now even gone ahead to issue an apology. On Friday, Oct. 2, Rihanna's second annual show for her lingerie brand debuted on Amazon Prime Video. While the highly anticipated show was met with praise and applause from some, not all were pleased with the multihyphenate star's one-of-a-kind presentation. Specifically, Rihanna and the brand came under fire for the use of Coucou Chloe's track, "Doom," during the show. The song reportedly contained a remix of a hadith narration. Hadith is defined as "a collection of traditions containing sayings of the prophet Muhammad which, with accounts of his daily practice (the Sunna), constitute the major source of guidance for Muslims apart from the Quran."

Offended fans swiftly expressed their criticisms of the song's use. "My religion is not your aesthetic!!!" some cried out in comments on the Fenty Beauty Instagram account's posts. Others called for a boycott and "cancelation" of Rihanna. As another Instagram comment read, "Rihanna you have so many young Muslim women that look up to you how could you do this."

On Tuesday, Oct. 6, Rihanna addressed the backlash with an apology shared to her Instagram Story. "I'd like to thank the Muslim community for pointing out a huge oversight that was unintentionally offensive in our savage x fenty show," she wrote. "I would more importantly like to apologize to you for this honest, yet careless mistake. We understand that we have hurt many of our Muslim brothers and sisters, and I'm incredibly disheartened by this! I do not play with any kind of disrespect toward God or any religion and therefore the use of the song in our project was completely irresponsible! Moving forward we will make sure nothing like this ever happens again. Thank you for your forgiveness and understanding, Rih."

A day earlier, Coucou Chloe also said sorry to those she had hurt with the song. "I want to deeply apologize for the offence caused by the vocal samples used in my song 'DOOM,'" she tweeted on Oct. 5. "The song was created using samples from Baile Funk tracks I found online. At the time, I was not aware that these samples used text from an Islamic Hadith...I take full responsibility for the fact I did not research these words properly and want to thank those of you who have taken the time to explain this to me. We have been in the process of having the song urgently removed from all streaming platforms."