Riddhima Kapoor wants actor brother Ranbir to deliver as many hits as he can as her Rakhi gift.

Riddhima, a fashion designer, won't be able to go to Mumbai for Raksha Bandhan on Wednesday but has sent her rakhi by courier.


'I would be in Delhi and won't be travelling to Mumbai due to my work commitments. But I have couriered it to him. Along with the rakhi, I have also sent my good wishes and blessings to him,' Riddhima told IANS.


'All I want from him as my Rakhi gift is that he should deliver as many hit movies as he can,' she added. 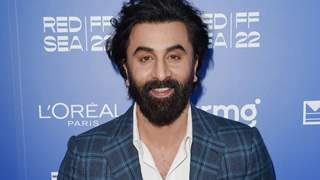 Ranbir Kapoor opens up on 'RRR', Shamshera's failure and more