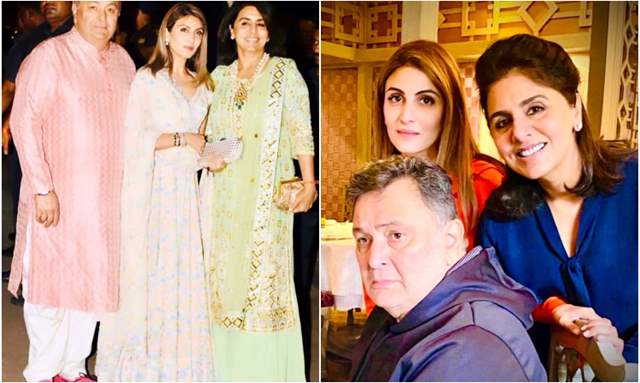 Rishi Kapoor’s sad demise was a massive blow to the Kapoor family and the entire Bollywood industry. He was one of the most beloved actors of all time and fans continue to remember him with all their hearts.

The legendary actor passed away on 30th April 2020 after his battle with cancer, today on his 68th birth anniversary daughter Riddhima Kapoor Sahni expressed her love for him with an Instagram post.

Riddhima remembered her beloved father as she shared that her late father still resides in this broken heart and will live there forever.

Her caption read, “Papa, They say when you lose someone, you can’t live without -your heart will badly break! But I know you are living in this broken heart & will be there forever! I know you are watching over all of us & ensuring that we live by the value system you instilled in us! You gave me the gift of compassion -taught me the value of relationships & made me the person I am today! I miss you each day & will always love you! Celebrating you today & always - Happy Birthday”

He passed away on 30th April 2020 leaving her fans, admirers, family members, and friends in grief. Rishi shared a very close bond with his daughter Riddhima Kapoor Sahni.

In 2018, Rishi Kapoor was diagnosed with cancer for the first time, following which the actor was in New York for nearly a year to undergo treatment. He returned to India in September 2019 after recovering. However, the actor faced a cancer relapse and succumbed to death. Rishi is survived by his wife Neetu Kapoor and kids Ranbir Kapoor and Riddhima Kapoor Sahani.