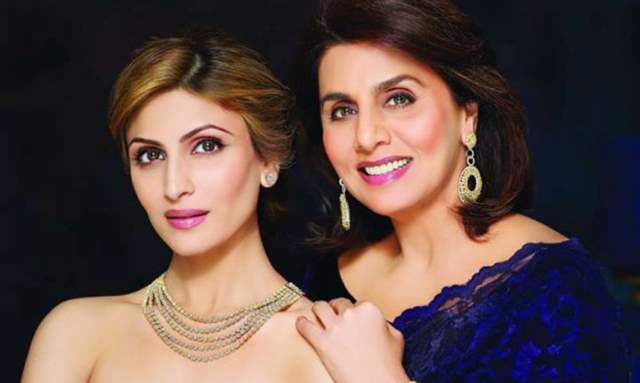 Rishi Kapoor’s untimely death was a shock to the entire nation as he had finally started on his journey to heavenly abode. Loved ones, friends, family, and fans are mourning the death of their beloved artist/Chintuji.

He passed away on 30th April 2020 leaving her fans, admirers, family members, and friends in grief. Rishi shared a very close bond with his daughter Riddhima Kapoor Sahni. Sadly, she couldn't attend the funeral of her father Rishi Kapoor and hence Ranbir Kapoor's ladylove Alia Bhatt was present at the venue and was in touch with her through Facetime.

Riddhima has been sharing some throwback pictures for some time now and today, she shared a surprising and adorable picture of her with dad Rishi Kapoor.

Recently, held an Instagram AMA session with her followers on Tuesday. She answered questions about her mother Neetu Singh, brother Ranbir Kapoor and also her diet and fitness.

A fan asked Riddhima about Neetu’s health and if she was doing well since Rishi’s death in April. “How is Neetu mam? Is she doing fine now? More strength to you,” she was asked. Riddhima replied, “We derive strength from each other, we are well.” She added in other replies that Neetu is her ‘in-house’ nutritionist and also her role model.

Riddhima also answered a fan’s query if she and her brother Ranbir still fight ‘at this age’. “All the time,” Riddhima replied. Other questions were about her hair colour and whether she preferred pizza to burger.

Previously, Riddhima shared a rare picture of Rishi, Neetu Kapoor, and her daughter Samara Sahni twinning in blue. Samara is all smiles for this beautiful photo with her grandparents.

After Rishi's sad demise, Riddhima traveled all the way from Delhi to Mumbai via roadways with her daughter to be by her mother's side. She came to Mumbai after seeking special permission to take part in the final rites and arrived in Mumbai on 3rd May. Since then she has been by her mother and family.

review
Review Shriya Pilgaonkar and Iqbal Khan steal the show away in the ...
-15 seconds ago

Neil Bhatt talks about prepping up for Ghum Hai Kisikey ...
-15 seconds ago