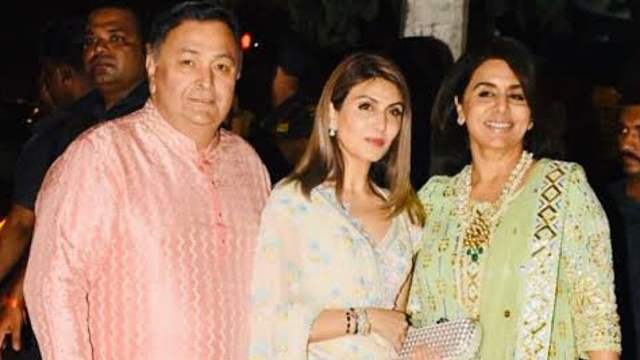 Late Rishi Kapoor and Neetu Kapoor’s daughter Riddhima Kapoor Sahni belongs to a family of actors who have entertained the audiences through generations. However, Riddhima is not a part of the movie business and decided to carve her own path as a fashion designer and entrepreneur.

In a recent interview, Riddhima reveals that she did receive film offers when she was a teenager. When asked why she did not give acting a chance, the 40 year old told ETimes:

"Oh gosh! Kidhar se karu acting (how do I act)? When I was in London, I was getting a lot of film offers but I don’t think I ever thought of it. Not that I even had a discussion about it with my family. I came back from London and got married. When I was studying, I remember my mother would tell me about the film offers coming my way and I'd wonder what to make of them because I was only 16-17 at the time."

Riddhima, who started as a fashion designer is now a successful jewellery designer and entrepreneur. When asked if she had to choose an alternate career, she said that she would've probably been a yoga instructor or even a chef.

In a previous chat, Riddhima had opened up about her siblings Ranbir Kapoor, Kareena Kapoor Khan and Karisma Kapoor and stated that they are superstars purely on merit.

Riddhima Kapoor is married to Bharat Sahni and the couple has a daughter named Samara together.