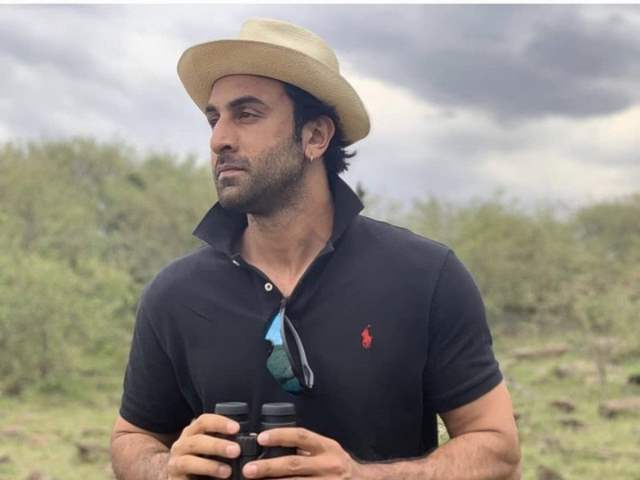 Bollywood's superstar Ranbir Kapoor turns a year older today. The actor who has won millions of hearts with his outstanding acting skills turns 39 today. On the occasion of Ranbir's 39th birthday, her sister and fashion designer Riddhima Kapoor Sahni took to her Instagram handle and penned down a warm birthday note.

Riddhima took to Instagram to share a cute group photo with Ranbir, his ladylove Alia Bhatt, mother Neetu Kapoor, and daughter Samara. Riddhima, shared the picture with a sweet and lovingly caption “ To my ‘rockstar’ bro -Here’s wishing you a very happy b’day !!!!! We love you so much #youngerbutwiser".

Riddhima's post managed to draw a flood of comments and birthday greetings for Ranbir Kapoor. Fans of the actor went all out in the comments section to wish him well, and celebrities such as Sonali Bendre and Ujjwala Raut also sent their best wishes.

Speaking of Ranbir and Alia's visit to Jodhpur for his birthday, the couple was spotted at the airport recently, getting ready to board their flight to the blue city. There was also speculation that the couple was looking for a wedding venue. Fans of Ranbir and Alia have been waiting eagerly for the star couple to marry, and when it does, it will undoubtedly be one of the biggest weddings in Bollywood.

Talking about work, Ranbir Kapoor will next be seen in Ayan Mukerji’s Brahmastra alongside Alia Bhatt in the lead role. He will also be seen in Luv Ranjan’s untitled next with Shraddha Kapoor. Apart from these, he also has Sandeep Reddy Vanga’s Animal for release co-starring Anil Kapoor, Bobby Deol, and Parineeti Chopra.