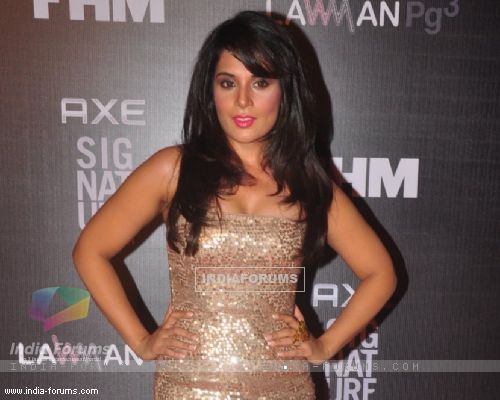 Richa Chadha, known for playing a brave and bold girl on the big screen, recently gave an earful to two men who misbehaved with her. The actress says all women must express themselves in such situations.

Recently, the "Tamanchey" actress was having a great time with her friends at a gathering. Soon after the party started, Richa was followed by two men who constantly stared at her and passed lewd comments about her appearance.

Initially, Richa chose to keep mum to avoid any chaos at the party, but the situation went out of hand when one of the men clicked a photograph posing next to her and didn't even bother to take permission before doing so.

She lost her cool and gave an earful to the duo. Security personnel then intervened.

Richa is livid about the incident. "I think people forget the difference between public personality and public property. I think one must definitely speak up against such unruly and rowdy behaviour," she said in a statement. "This is really important, especially with so much discussion on around the world about women safety, and we as public figures must set an example to let women know that they must speak up when someone crosses the line," she added.