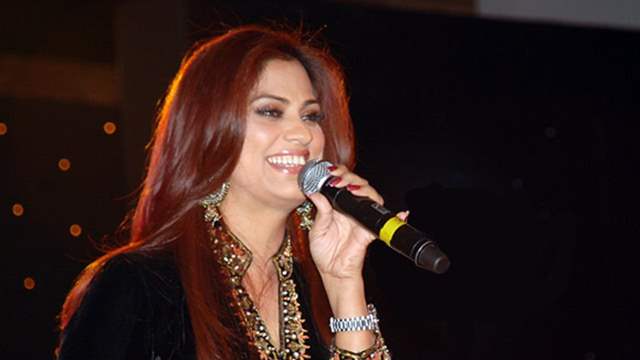 With social distancing being a need of the hour, virtual concerts have become the latest trend. Singer Richa Sharma is all for it but says such concerts should not be held for free.

Right from the legendary Asha Bhosle to Grammy winner Ricky Kej to the prolific Shreya Ghoshal, every singer seems to be boarding the virtual concert bandwagon, but not all the artists get paid for singing live from their homes.

"If times like these go on for long, then there is no other option (but virtual concerts). We have to go with the flow. The only thing is that people need to understand that artistes also have to pay their bills," Richa revealed.

She shared that when the first phase of lockdown started in March, many artistes took part in such concerts without thinking about money.

"People didn't know and they also sang for free on different platforms. But now if we talk about concerts, it should be paid so that our musicians, who don't have much earnings, get help. If such concerts are paid, it will be helpful to all," said the "Sajdaa" hitmaker.

Like her colleagues, she will also be a part of a digital show soon. She is one of the singers of the fundraising concert "Ek Desh, Ek Raag", which will celebrate 25 years of "Sa Re Ga Ma Pa".

"Ek Desh, Ek Raag" is a 25-hour digital music marathon that starts on May 23. The 25-year milestone gala will culminate in an "Ek Desh, Ek Raag" concert on May 24 across 19 ZEE channels with some of the popular faces of "Sa Re Ga Ma Pa" singing from the confines of their homes.

On her association with it, she said: "There is an originality in the show. People from different corners of the country come, their talent gets nurtured, and 'Sa Re Ga Ma Pa' has been doing all this. Since 2005 to 2018, I have been a guest judge on the show. Then, for two seasons I was a judge. This show has given great talent to our country."

"In the beginning, it was slightly difficult (to cope with), then I started my own chat show on social media, called 'Sureeli Chai With Richa'. I spoke to musicians about their lives. We enjoyed a lot," said Richa, who had singers like Daler Mehndi, Adnan Sami and Hariharan as guests on her digital chat show.

The "Billo rani" singer has been practising music too.

Richa has been exploring other things, too. "I take a lot of interest in sketching. So, I focus on that, too. I also like cooking and keeping the house clean," she said.