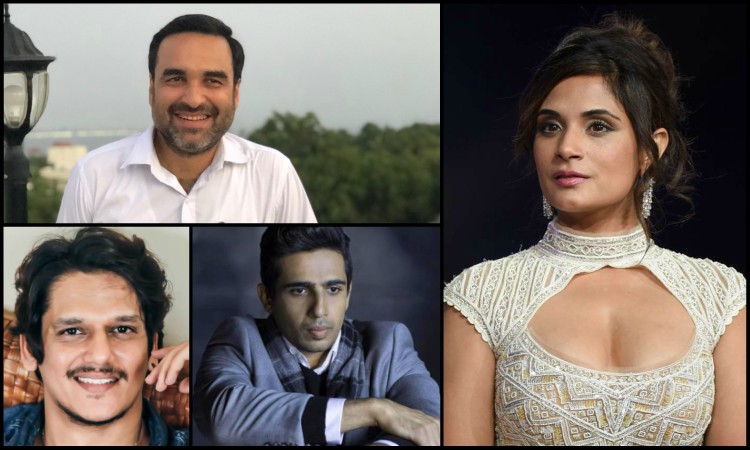 As the world celebrates World Theatre Day on March 27, Bollywood actors like Richa Chadha and Pankaj Tripathi share their first professional theatre experience and memories associated with that.

"I remember my first play when I was in the 11th grade. I was cast in a professional play with some actors from the NSD repertory. It was not my first experience on stage but was the first professional one. The play was titled 'Aur Kitne Tukde'. It was a Hindi play directed by Kirti Jain," Richa said in a statement.

"I was cast as an extra, which worked well for me because I got to observe amazing actors from the National School of Drama (NSD) at close quarters and learn from them. Also, I had braces and it was a period play," she recalled.

"The story is about a scooter that gets lost and the protagonist goes to the police station to file a complaint. I was playing characters of a cop as well as a thief. It was my first play. For the first time, I performed in front of Patna audiences who didn't even know me.

"To my surprise, they liked my performances even though I was neither a great performer at that time nor I was trained in diction."

Talking about his theatre experiences, actor Gulshan Devaiah said he was just five years old when it all started.

"My mother was a stage actor. She was a very fine actor and I traveled with her wherever she performed. It was a Malayalam play and I did a guest appearance. My mother and I had to just walk past a person making Rangoli on the floor and appreciate it.

"I had absolutely no clue what I was doing, but I was over the moon as I was on the stage and people were watching me. That was my first experience of a stage."

After rejected by the Film and Television Institute of India, actor Vijay Varma joined a theatre group called Sutradhar.

"I did a four-month workshop at the end of which was a play. I went late for rehearsals one day and I was thrown out of the play after working so hard. I did backstage. Then after showing discipline and commitment, I got a part in the next play 'Kisi Aur Ka Sapna', my first play as an actor on stage," he said.

"It was probably the most exhilarating moment of my life when I went up first time on the dark stage with just a spotlight," Varma said.