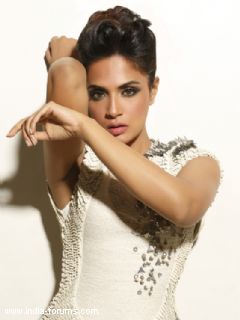 Actress Richa Chadda, who is currently making headlines for her upcoming projects, had a worried incident of late.

While she was in New York recently post the IIFA Awards, she had to gone to visit some friends. On one such evening, Richa was walking alone, a few blocks to her friend's place where a young man in his mid-twenties started following her. Thinking it to be a coincidence at first, Richa didn't bother, but he followed her for a quite distance. He kept getting closer and started passing comments and making conversation.

Richa quickly reached out to her friend, but he still followed her. A perplexed Richa thought of calling cops before he could do anything. As they were about to, the man slipped out and though Richa couldn't do much about it, the incident definitely scarred her.