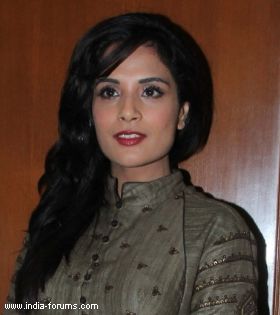 For her look in the period biopic "Main Aur Charles", actress Richa Chadda reached out to her mother's collection of accessories and apparel.

Richa, who plays the leading lady in the film which has Randeep Hooda as the male lead, wanted to make sure her look and style were in tune with the story, which is set in the 1970s and 1980s.

The actress got her hands on her mother's collection of accessories, a few clothes and shoes, which she will be seen sporting in the movie. She is also said to have taken stuff off the wardrobe of the film's former producer, Pooja Bhatt.

Talking about it, Richa said in a statement: "'Main Aur Charles' is a film set in 1986, and my look in the film depicts that era. Considering I had no reference point on the styling, I reached out to mom.

"She helped me with some ideas, and her accessories, I was slightly clueless about how students dressed back then but the style of salwar-kameez and long skirts were suggested by mom. I also used a pair of her vintage earrings," she added.