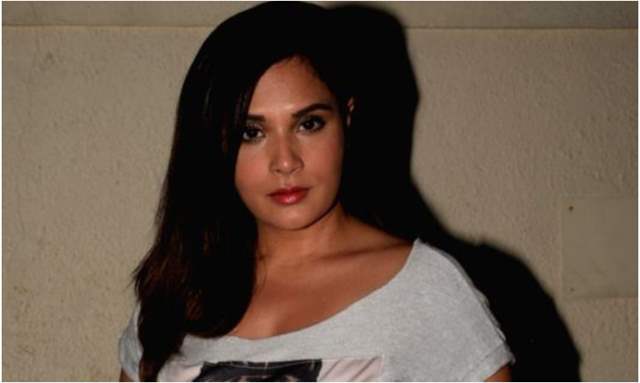 Actress Richa Chadha has made it to the headlines for all the wrong reasons and she is all set to pursue legal action against her name being falsely dragged into controversies. Richa’s lawyer issued an official statement on her behalf for the same.

Taking to her Twitter handle the Panga actress shared a picture of the official statement released by her lawyer, dated September 21, 2020. The statement from Richa Chadha’s lawyer Advocate Saveena Bedi Sachar, read: “Our client ‘Ms. Richa Chadda’, condemns the act of her name being unnecessarily and falsely dragged in a defamatory manner into controversies and allegations being recently raised by third parties. Though our Client believes that genuinely wronged women should get justice at all costs, there are legislations that are intended to ensure that women have an equal standing in their workplace and to ensure that they have a cordial workplace in which their dignity and self-respect is protected. No woman should misuse their liberties to harass other women with unsubstantiated or non-existent, false and baseless allegations. Our Client has initiated appropriate legal action and shall further pursue her legal rights and remedies in law as may be advised in her best interest.”

The statement comes after actress Payal Ghosh leveled sexual harassment allegations against filmmaker Anurag Kashyap, claiming that he forced himself on her. She reportedly alleged that Anurag told her it was okay as all the actresses who have worked with him come running to 'suck' his 'c**k' whenever he calls them. During the conversation, she mentioned the names of the actresses like Huma Qureshi, Richa Chadha, and Mahi Gill.