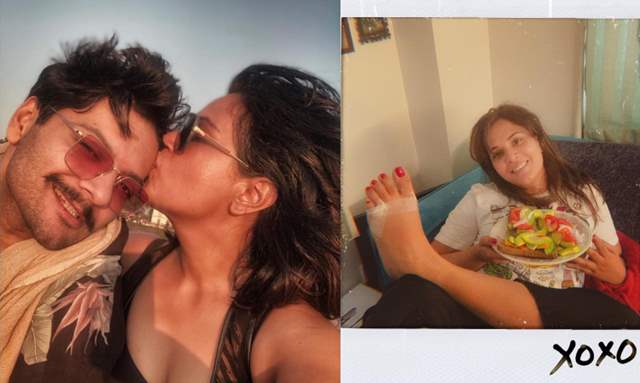 Ali Fazal and Richa Chadha’s chemistry is adored by fans across the nation and the Mirzapur actor being an international star, even Hollywood celebrities are in awe of the couple. The duo has been setting relationship goals for some time now, and they often support each other through tough times.

The Fukrey actress on Tuesday took to her social handle and shared a picture of herself as she is healing from a fracture on her foot. Thanking her beau Ali Fazal, Richa revealed that he is taking good care of her.

Sharing the picture of herself snacking upon a healthy meal as she recuperates from her injury, Richa’s caption read, “In sickness and in health is basically a pinkie promise @alifazal9

Thank you my best for taking care of me through this stupid fracture. That’s avocado and tomatoes on gluten free toast, served right on the couch.”

Ali Fazal in a previous interview revealed that in the year 2020, the biggest regret for him was losing his mother. However, he emphasized that it was Richa Chadha who helped him cope with this loss and had been a great support system for him.

Talk about sizzling chemistry, Ali Fazal and Richa Chadha grabbed everyone’s attention after starring in Fukrey. Later, the two got engaged after dating for a few years and they have been setting relationship goals since 2017. The lovebirds have been standing strong with each other amid times of crisis.