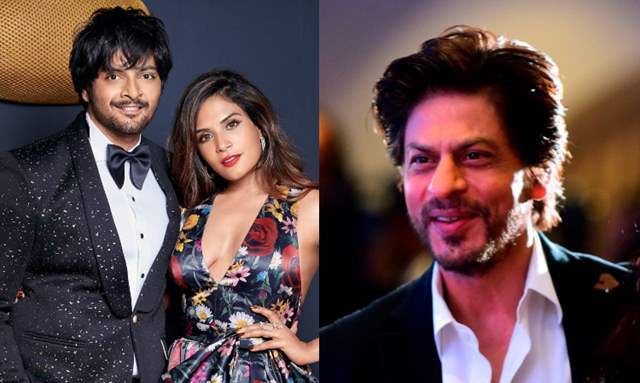 Bollywood’s heartthrob Shah Rukh Khan needs no introduction and like fans even actresses keep crushing over him. One of them is actress Richa Chadha who expressed her love for Shah Rukh. However, it was her beau Ali Fazal’s response that got everyone’s attention and Twitterati can’t stop laughing.

Shah Rukh who recently conducted an #AskSRK session with fans on the micro-blogging site got a reply from Richa. The Fukrey actress used this opportunity to write sweet things about him and even complimented SRK and his wife Gauri Khan's dance video.

Taking to Twitter, Richa wrote, "Saw that video of you and your lovely wife dancing on [email protected] -thought we might make great friends, -we should have been in college together not a question, just expressing lurve #AskSRK."

While everyone expected a reply from Shah Rukh Khan, Ali Fazal dropped in and mentioned that he has cooked food and is waiting for her to come home and taste it. He wrote, "Ahem! Bas bhi kijiye. zara ghar aayiye.. heh, aaj khana maine banaaya hai."

The Swades actor on Wednesday hosted an #AskSRK session on Twitter and replying to his fans on the micro-blogging site, the actor made some of the most amazing and wittiest remarks.

Last year, actor Ali Fazal penned a heart-wrenching note after he lost his mother and it was a hard time for him. However, in an interview, Ali revealed that he received support from his girlfriend and fiance Richa Chadha.

The Mirzapur star also mentioned that it was Richa who helped him cope with this loss and had been a great support system for him.