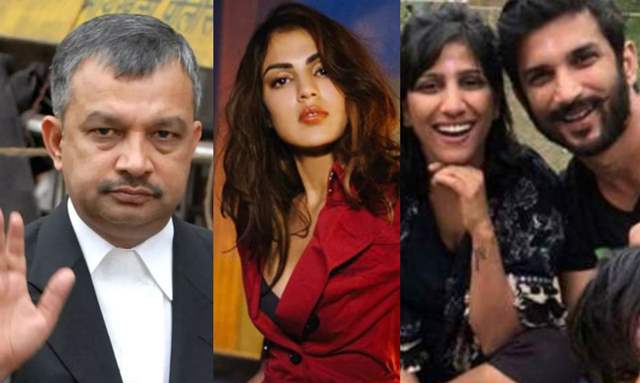 The recent development comes after a complaint was lodged by Rhea Chakraborty and allegedly named Priyanka for forging a fake medical prescription for Sushant Singh Rajput.

Now, Rhea’s counsel Advocate Satish Maneshinde has reacted to the same and revealed that they are being overwhelmed by the order of the Hon'ble Supreme Court.

“We are overwhelmed by the order of the Hon'ble Supreme Court. Justice Prevails in India. We bow down to the Judicial System in our Country. Truth Alone Triumphs. Satya Mev Jayate,” Satish Maneshinde said in his latest statement reacting to the Supreme Court’s decision.

For the unversed, the FIR was based on a complaint filed by actress Rhea Chakraborty, who had alleged that the sisters had obtained a false prescription to administer medicine to late Sushant Singh Rajput.

Sushant Singh Rajput was found hanging on June 14, 2020, at his Bandra home in Mumbai. His untimely demise is being investigated by top agencies like the Central Bureau of Investigation, Enforcement Directorate and Narcotics Control Bureau.