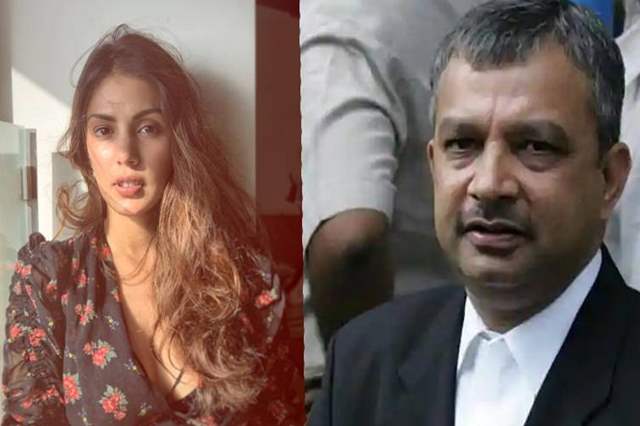 For the past couple of days, even though there is a lot of noise otherwise in the sag surrounding actor Rhea Chakraborty and her direct or indirect involvement in the case of Sushant Singh Rajput's case, there is one thing that has been the central talking point especially. Apart from Chakraborty releasing her video which also went viral for the wrong reasons, there have been constant reports as to how she has been missing and not reachable in terms of being the point of contact.

In fact, there was a report yesterday how Chakraborty's building supervisor saw her and her whole family leave the apartment with large suitcases.

However, there has been an update recently and that has come in the form of a statement from Satish Maneshinde, the lawyer for Chakraborty. In a statement to ETimes, Advocate Maneshinde said, that the Jalebi actress is “cooperating with the police when called,” and dismissed all ‘missing’ allegations. Rhea Chakraborty’s lawyer said, “The contention of Bihar Police that Rhea Chakraborty is missing is not correct. Her statement has been recorded by the Mumbai police. She’s cooperated with police as and when called. Till today no notice or summons have been received by her from Bihar Police and they have no jurisdiction to investigate the case. She has filed proceedings in the SC. She has sought transfer of the case to Mumbai. The case is Sub Judice.”

Satish Maneshinde mentioned that Rhea Chakraborty has recorded her statement with the Mumbai police and said that she has cooperated with the officials when called. He then revealed that till today, Rhea has received no notice or summons from the Bihar Police and mentioned how they have no jurisdiction to investigate the case when she has filed a petition in the Supreme Court.