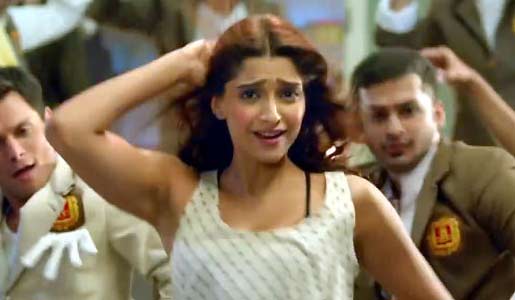 They are not mere siblings -- actress Sonam Kapoor and her producer sister Rhea are best buddies too and the former also sees a philosopher and guide in her little sister.

When asked about her equation with her sister, Sonam said: "We worked together during 'Aisha' when she was 21 and I was 23. It had been five years, so we decided to make 'Khoobsurat'. For 'Aisha' PVR believed in us and now Disney has.

"Rhea and I are partners in whatever we do and this is another project that we felt worked and it's a new way of showcasing something. She is my business partner and my best friend. We work together and stay in the same house."

However, she admits that, being two different personalities, at times they have a difference of opinion.

"When you are working together, there are arguments, but there is no major thing. It's about being different personalities, right. We can't agree on everything and I guess everyone behaves the same way," she added.

"The film is an ode to Hrishikesh Muherjee's films. We are fans of 'Mili', 'Guddi', and 'Khubsoorat'. The basic premise is the same, it's about this young girl coming into the family and making their life 'khoobsurat', but the story is completely different," she said.