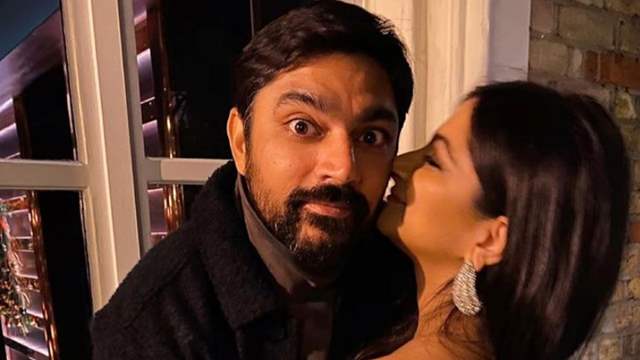 Anil Kapoor’s daughter Rhea Kapoor celebrates her 34th birthday today, on March 5, 2021. And what better day than today for her longtime boyfriend, Karan Boolani to express his love for his lady.

Rhea and Karan have been dating each other for more than a decade, and often share loved up pictures with each other.

On the occasion of Rhea’s birthday, Karan shared some unseen pictures with his girlfriend  and also penned a romantic note. He shared two stunning solo pictures of Rhea and in one of the pictures, she can be seen planting a sweet kiss on Karan’s cheek.

“I hope that someday I can bring into your life as much happiness and joy as you have brought me. Wish you a birthday filled with laughter and love and that your next year is even better than your last. Happy Birthday,” Karan wrote in his birthday post.

Rhea and Karan have been in a happy relationship for more than 13 years now and many rumours of their wedding have surfaced online. Last year, during the promotions of Ek Ladki Ko Dekha Toh Aisa Laga, Sonam Kapoor was quizzed about her darling sister’s wedding. Sonam had responded by saying:

"Oh, no. When she does get married I'll be very happy to tell you. They've been dating for 10 years, they've not gotten married yet. When the happy news is there, it'll all be announced. But, no, they are not getting married this year."

So we will have to wait for the official announcement from the couple and their family.