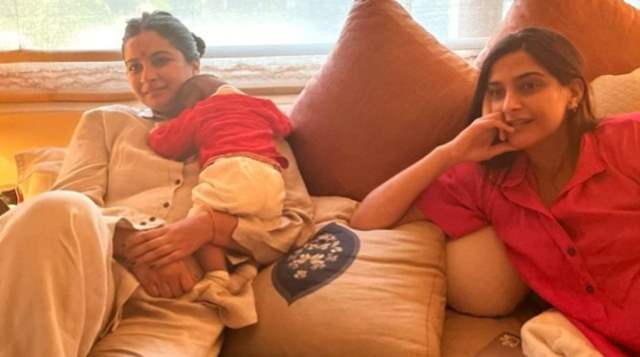 One of the most adored sister duos of B-town is undoubtedly Rhea and Sonam Kapoor. Their strong bond often can be seen through their social media profiles. One such adorable treat to the eyes were her priceless reaction when she became a masi.

Well talking of which she recently shared too cute to be missed snaps with her nephew Vayu.

On bhaidooj, Masi Rhea took to her social media account and shared some candids as she is spending some quality time with Vayu. She can be seen hugging and holding Vayu in the picture, with Sonam relaxing next to her. Seeing Sonam and Vayu matching in pink is just adorable. Well as soon as she posted the snaps, B-townies left comments because they couldn't help but be drawn in by its cuteness. While Bhumi Pednekar sent love, Ananya Panday commented, "❤️ best"

Also Rhea and Sonam can be seen in their absolute candid home avatars in 'pyjamas'. Rhea had also shared some Diwali pictures where she styled Sonam. The actress was seen twinning with baby Vayu even during Diwali, in ivory.

This was Vayu's first Diwali and the Kapoor family made sure it was celebrated in a special way as they also threw a party for their friends from the industry.

On the work front, she had finished shooting for 'Bling' before her pregnancy, which is a remake of a Korean film with the same name. 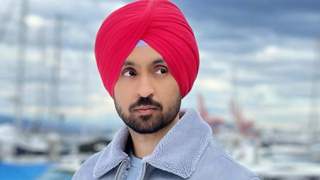 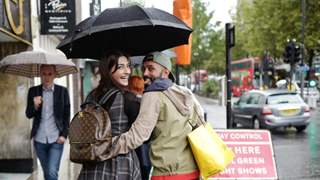 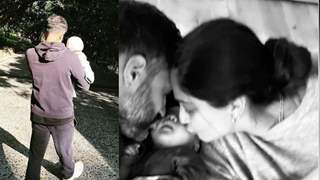