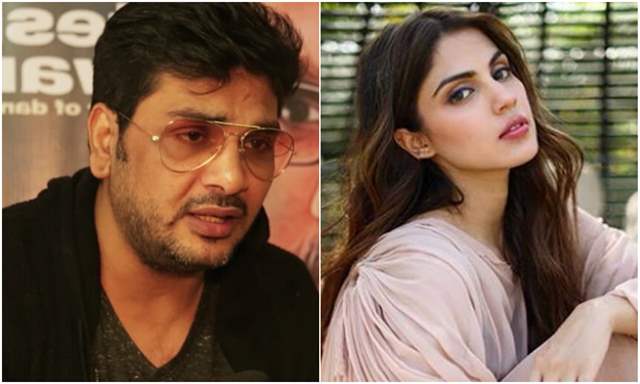 Rhea Chakraborty was arrested on September 8 2020 by the Narcotics Control Bureau in the drug case linked to Sushant Singh Rajput's death probe.

While Rhea's bail has been rejected and she continues to be in jail, she has made some shocking revelations that have sparked a storm.

While these are allegations made by Rhea, no reaction has been recorded from the ones named above.

However, Mukesh Chabbra has broken his silence and responded to Rhea's allegations. Speaking to Bollywood Hungama, the filmmaker denied any connection to drugs and even stated that he will be taking legal action against the Jalebi actress.

“She is just naming any and every one randomly. Maybe she thinks it will help her case. But this is not fair. I’ve nothing to do with drugs of any kind. I don’t even smoke cigarettes or drink alcohol, so where’s the question of consuming hard drugs?” he said.

He added: “She’s taking revenge on me for not speaking up in my defence. I have kept quiet. I decided that is the best way to let the current furore die down. But now by naming me (for consuming drugs) Rhea has seriously compromised my name. I need to clear my reputation.”

Speaking of taking legal action, the filmmaker said:  “We are definitely taking legal action against Rhea. We’re now looking at what remedial legal action is most appropriate. But I’d sincerely advise Rhea to not throw around names to deflect attention from herself. It won’t help her. I can’t speak for others. But my name has been dragged into this purely with malicious intent.”

On the work front, Mukesh Chabbra made his directorial debut with the 2020 film 'Dil Bechara' starring Sushant Singh Rajput and Sanjana Sanghi. This film marked Sushant's last film and was released on Disney+Hotstar.