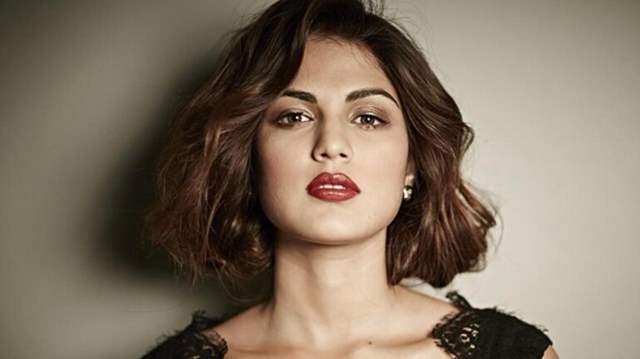 Rhea Chakraborty who is under scanner with regards to her strong connection in the sudden and tragic death of late actor Sushant Singh Rajput, recently shared a video on her social media account revealing how her father is being harassed by the media while he is just trying to get home.

Apart from this, the actor has also been constant questioning especially when it comes to the apparent business transactions that happened.

Time and again, there were claims that Chakraborty has several properties to her name and she was living off Rajput including about crores of rupees were transferred from her the latter's account to her. Opening about it on length in an interview with India Today, Chakraborty said, "My property in Khar is worth Rs 72 lakhs, out of which I took a loan from the bank amounting to Rs 50 Lakhs. None of it had Sushant's involvement and, in fact, I am still paying the EMIs for the flat. To clarify, zero amount of rupees have been transferred from Sushant's account to mine. In fact, a while ago, I had transferred Rs 35,000 to Sushant's account without telling him because he had paid for a lovely makeup kit and I felt that I should pay him back."

About the companies that they had together and the apparent transactions in the same, she said, "We had three companies, where the only transactions that happened was 33,000 Rs from me, 33,000 Rs from Showmik (brother) which I only transferred to him and 33,000 from Sushant - and this is the basic need to get a company started. In the third company, Sushant was 99% stakeholder while Shomik was 1%, just for namesake purposes. Apart from this, there hasn't been a single transaction amounting to anything in the companies. For all that has been alleged in the media in whatever ways, I would like to see the proofs of that. I have the obvious proofs of everything I am saying which I have also submitted to the ED, Police and the other authorities. I have nothing to hide."

luvumjht 1 months ago Sharing this news shows even IF is a paid media portal.