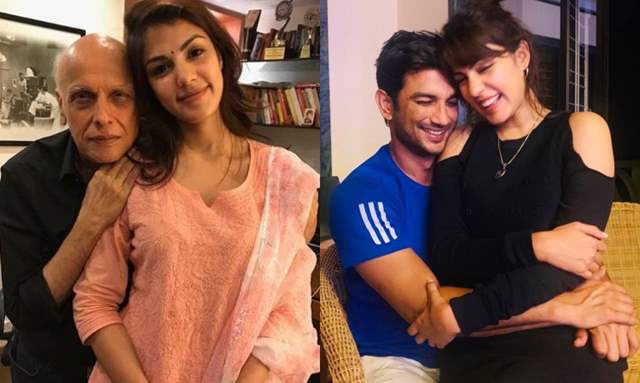 Rhea Chakraborty appeared before the Enforcement Directorate (ED) for the second round of interrogation on Monday in connection to Sushant Singh Rajput’s death investigation.

In a shocking turn of events, the case has seen yet another major development as the details of call history between actress Rhea Chakraborty and film director Mahesh Bhatt was discovered by the authorities.

A recent Times Now report stated that there was a spike in calls between the two from June 8 to 13. Reportedly, 16 calls were made to Mahesh Bhatt from Rhea's number.

The actor passed away on June 14 at his Bandra residence. Reportedly, the case is confirmed to be transferred to CBI for investigation.

Meanwhile, the probe has been intensified by ED against Sushant’s girlfriend Rhea Chakraborty, in the case as the income tax returns filed by Rhea show financial irregularities in her income.

On Monday, Rhea Chakraborty and her family members were questioned for about nine hours in connection with a money laundering case linked to the death of actor Sushant Singh Rajput.

For the uninitiated, Siddharth reportedly claimed that he was present in the Bandra flat on June 14 when the 34-year-old actor allegedly hanged himself. Pithani had earlier recorded his statement with the Mumbai Police as part of its accidental death report (ADR) probe in the case.

However Rhea escorted by women personnel of Mumbai Police, and Showik were seen exiting the ED office shortly after 9 PM. Showik has been grilled by the agency for about 30 hours till now.

Ayushmann Khurrana Reacts to Being Voted as One of the Most ...
41 minutes ago