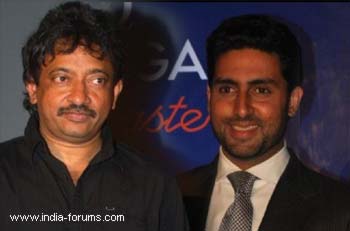 Filmmaker Ram Gopal Varma and actor Abhishek Bachchan, who worked together in "Naach", "Sarkar" and "Sarkar Raj", will join hands again for the remake of the Telugu film "Businessman".

"Finally it's confirmed...me and Puri Jagannath together are making the remake of the blockbuster Telugu hit 'Businessman' with Abhishek Bachchan," Varma tweeted.

Jagannath has also written and directed the original movie, which starred Mahesh Babu and Kajal Agarwal in the lead roles.

Varma is currently working on "Department" where southern star Rana Daggubati will be seen as a grungy policeman - a role that was earlier reserved for Abhishek Bachchan.