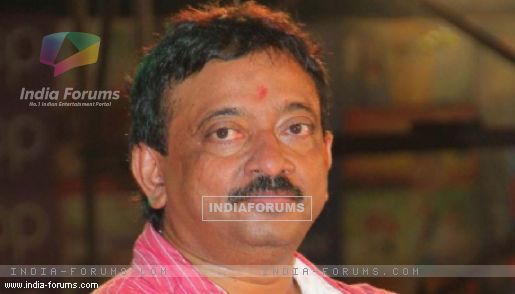 After the controversial AIB Roast video was taken down from video sharing website YouTube, filmmaker Ram Gopal Varma has sent out a message of appreciation to his fellow filmmaker Karan Johar for taking part in the show.

"The AIB show is final proof that India has finally come of age and I truly appreciate Karan for taking the plunge or more correctly the leap," Varma, who shares a love-hate relationship with the "Kuch Kuch Hota Hai" maker, posted on micro-blogging website Twitter.

"Anyone who condemns Karan's AIB Show whether from government or various organisations are just the figureheads of repressive regressions. The sheer popularity of the AIB also shud b a call to the censor board to wake up smell the coffee nd look out the window at a new India.

"Karan took the lid off a volcano of lies nd hypocrisies and history will remember him as the guy who invented a new india," the "Satya" director added.

The video, which went viral on the video sharing platform since being posted Jan 28, was pulled out Tuesday night.

The 'Roast', titled AIB Knockout was organised by a group of stand-up comedians called All India Bakchod (AIB). It poked fun at the roastees -- Bollywood actors Ranveer Singh and Arjun Kapoor's personal and professional lives.

The controversy surrounding the programme is the alleged use of "abusive and filthy" language in it, which the Maharashtra government is probing following Education and Culture Minister Vinod Tawade's orders Monday evening.

"The culture department officials will examine the videos' content and if found vulgar, action would be initiated," Tawade said.

The Maharashtra Navnirman Sena also demanded an apology from all the persons involved in the programme and said it would not allow Johar, Arjun and Ranveer's movies to be screened if they do not apologise.

The AIB Knockout was organised as a charity event which took place here in December 2014. A sum of over Rs.4 million was raised via the two-hour comic event, the edited version of which was posted on AIB's YouTube page.