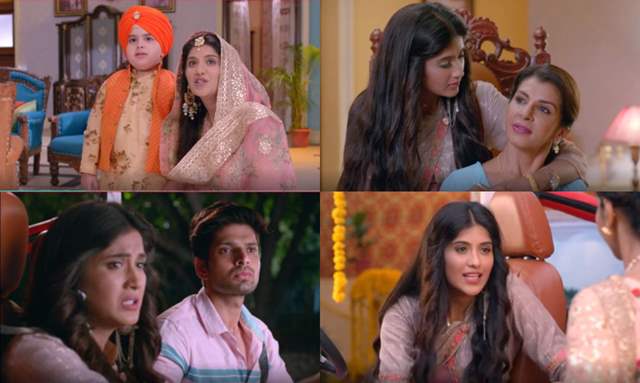 Colors TV’s Choti Sarrdaarni starring Nimrit Kaur Ahluwalia, Avinesh Rekhi and Anita Raj in the lead roles, is the recently launched show by the channel. A Punjabi drama set amidst love, politics and power revolves around the life of Meher Dhillon, her mother Kulwant Kaur and Sarabjit Gill. Produced by Rajesh Ram Singh and Pradeep Kumar, the show is based on brave Meher and how she fights back the society after learning that she is pregnant with her boyfriend’s child. It’s a story of a politically headed mother trying to find a match for her daughter as equal as her status in the society. The show is a take on how Meher fights back the societal gigs and stays firm with her opinions. This show is Nimrit’s debut show too.

The show airs from Monday to Friday at 7:30 PM on Colors. And if you are in a dilemma of giving it a try or not, here’s a quick review of the show… 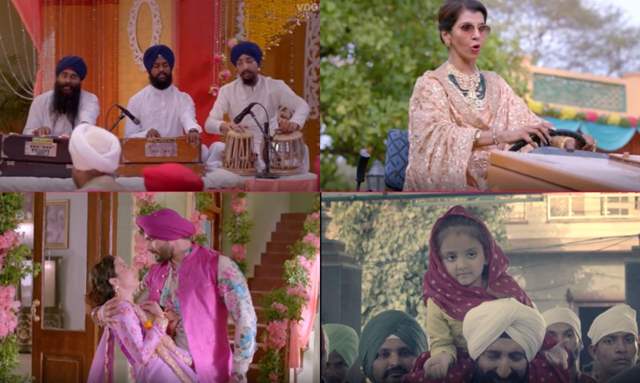 The story starts with a devotional set up with holy prayers being carried out and then we are introduced to Kulwant Dhillon, a boss lady and Sarpanj of her village. She is seen as fierce and powerful, and this is hinted when she slaps the engineer who wants his team to rest since they were working from a long time. Slowly, we are introduced to family members of Meher. Her mother seems to be in awe of photos and asks her son to click a picture of her along with the engineer while she was driving the tractor.

In a while, we get a glimpse of Meher’s cute little nephew, who is a naughty child who doesn’t want to get ready for his dastar bandi ritual, rather wants to play a video game. In between this, Meher’s eldest brother and his wife are introduced sharing a romantic moment. Now, the protagonist Meher Dhillon appears while she is busy making sweets for the occasion. She helps her sister-in-law to maker her nephew get ready. Meher is introduced as a chirpy and bubbly girl, who is loved by everyone in the house, but at the same time has strict boundaries too.

Amidst the dastar bandi ritual, a slight glimpse of an agitated relationship between Kulwant and her martyred husband is shown. Meanwhile, an emotional Meher gets nostalgic over her father’s memories. Furthermore, Kulwant is seen presenting her political aspirations in front of Gulband who impressed of her helpful nature promises her of making her meet Sarabjit Gill, who can help Kulwant get the ticket for elections. A hypocrite nature of Kulwant is also shown.

The story progresses with an introduction of Manav, who is Meher’s boyfriend. A contradiction of traits are shown between Kulwant’s dream son-in-law and Manav’s working conditions. Manav and Meher are shown sharing cute lovable moments while they drive Meher’s new jeep, gifted to her by her eldest brother. The episode ends with Kulwant getting annoyed at Meher. 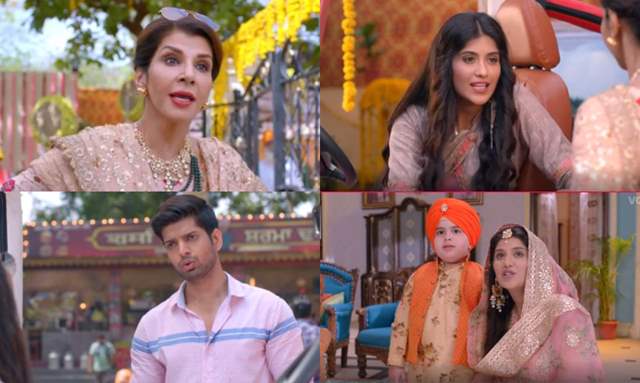 To see Nimrit as a debutante, she doesn’t look raw at all. She has portrayed Meher by picking all her character traits with utmost ease and perfection. Actress Ankita Raj essaying Kulwant Kaur is looking promising in her role, her body language, expressions and overall look is on point. Hitesh Bhardwaj playing Meher’s boyfriend looks an exact Romeo madly in love with Meher and the actor's stint was an overall eye candy. But a special mention goes to the actor playing Meher’s little nephew, Yuvi’s character. The child actor was totally a cherry on the cake. 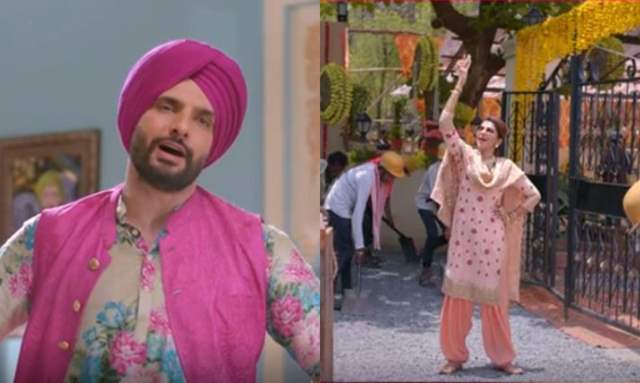 What we liked the most about the costumes and the overall dressing of the actors is that nothing was overdone. They looked simple yet gave an aesthetic appeal. None of the actress had excessive jewelry on their body. Meanwhile, the appeal of the costumes was eye soothing with light colors matching the setting of the show. 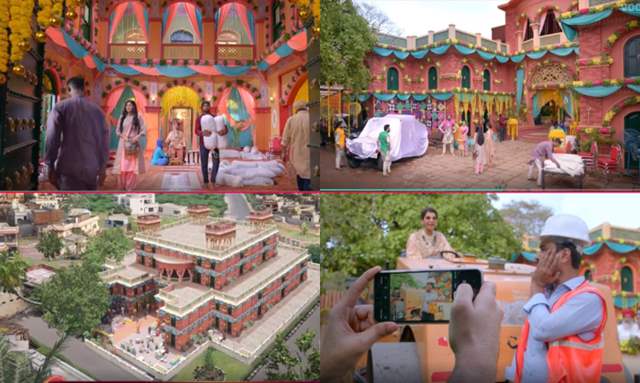 Since the show has been set in Punjab, the traditional Punjabi haveli took off our attention. This has added to the overall narrative of the show. The sofa, dining table, rooms, veranda as well the roads used for commutation has the exact village feel. 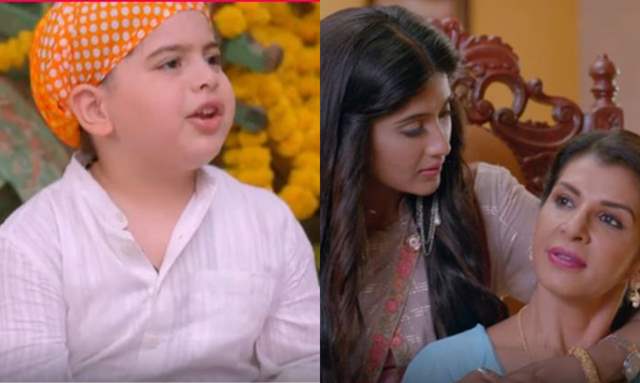 It goes without saying that a Punjabi based show will have the same Punjabi style carved in the characters. But here the characters are seen pronouncing typical Hindi words in the Punjabi accent. It again, adds to the overall appeal of the show. 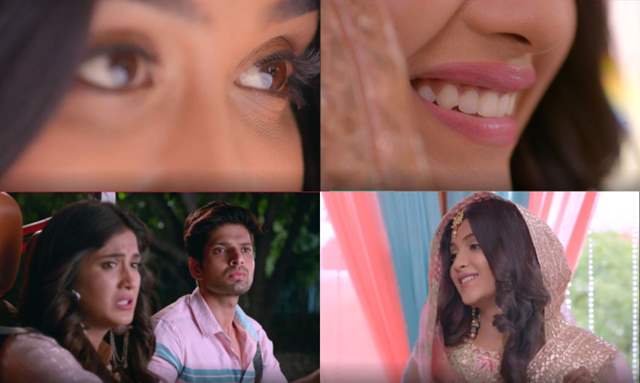 The narrative of the show should have been exaggerated a bit, because otherwise the story-line of the show has become predictable when things are compared to the promos that were shown. Even though it’s a daily drama, Meher’s entry could have got better instead of a cliche introduction. We feel some more time should have been invested in establishing all other characters in the show. From whatever we have observed about the show, Meher and Manav’s scenes could have got a better exaggeration along with some establishment of their love for each other.

Overall, we feel that a bit more exaggeration and establishment of relations could have been a perfect layer to the show. Because the future of the plot has been a little predictable as a viewer.

From whatever we could observe and understand from the first episode, the show is aiming towards women empowerment and establishes powerful women involved in politics. Even though, the story-line has gone predictable, there are several facets of the story that are yet to be discovered and we feel the true suspense and thrill in watching the show lies in the facts those are undercover. We’d say, the show can be promising if all prejudices are ignored by the viewers.

+ 6
1 years ago Wow so much of appreciation and just 2.5 stars. Atleast be reasonable and give around 3 Stars.