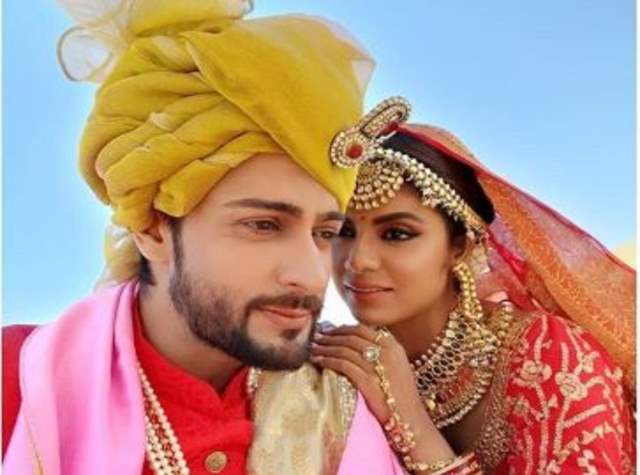 Finally the much awaited promo of Naagin 4 starring Nia Sharma, Vijendra Kumeria and Jasmin Bhasin has been released by Ekta Kapoor and fans are going crazy. The promo has not yet revealed much details about the storyline and understandably so, but our excitement level has sure elevated.

Apart from Nia, Vijendra and Jasmin, actors Shalin Bhanot and Sayantani Ghosh will also be seen playing important roles in the series, however their characters weren’t introduced in the promo.

When we first contacted the actors, they both denied sharing any details but both Shalin and Sayantani have confirmed being a part of the show through social media posts. Not just that, they have also shared their first look from the series which looks very intriguing as they are dressed are bride and groom.

Check out their posts here:

Interestingly, they both have earlier worked together in Zee TV’s supernatural drama Naaginn and seem to be ecstatic to be working again on Naagin 4.

Are you excited to watch them in Naagin 4? Let us know in the comment section below.

vinnas 8 months ago Only excited to see them again together onscreen such longtime, Amrutha+kanishq ek saath

BeyondHorizon 8 months ago I was hoping at least in this season we get a fresh story but its the same old ghisa pita story of S1 where parents are killed and the daughters come to avenge their deaths, one of them gets married to the heir of a family who were murderers. Did Nia really sign up for this crap? Sayantani's old Nagin had the same story and it still felt good as it was new but the same story was shown in S1 and S2. S3 don't even wanna comment as it was Comedy Circus. And S4 is a repeat of S1 which was a repeat of the old Nagin that starred Sayantani and it has surely come a full circle for her.

‘Sushant Could Not Sleep for 4 Nights Waiting For Sanjana to ...
8 minutes ago

Janhvi Kapoor on being Forced, to prove herself repeatedly: ...
57 minutes ago

Erica Fernandes Reveals her parents are staying separately ...
an hour ago

Jay Bhanushali injures his fingers while shooting for ...
2 hours ago

Alia Bhatt gets trolled for turning off comments on her post ...
2 hours ago