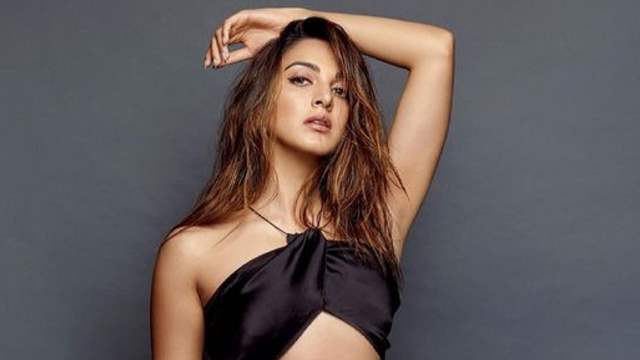 One of the most anticipated pictures of the year, Kiara Advani's hattrick shot for Dabboo Ratnani's calendar has been unveiled by the photographer, revealing the ravishing beauty against the backdrop of a beach.

The fashion photographer Dabboo revealed the same in an Instagram live before the launch saying, fans poured in requests and enquired for Kiara's picture the most. The actress regards this year's picture her most favourite amongst the three.

The actress made her debut on Dabboo Ratnani's calendar in 2019, wearing an embellished blue jean jacket. Last year, Kiara's shot for Daboo's calendar created headlines settings the internet ablaze for posing holding nothing but a leaf.

For the third time in a row, Kiara has shot for the esteemed calendar offering a treat to her fans across quarters.

Having recently clocked seven years in Bollywood, Kiara Advani is gearing up for the release of Shershaah, post which the actress will be seen in Bhool Bhulaiyaa 2, Jug Jugg Jeeyo and Shashank Khaitan's next amongst others.